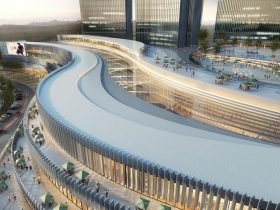 Top 10 tallest buildings in the world under construction in 2016

A list of tallest buildings in the world shows 10 skyscrapers taller than 528 meters or 85 floors that are currently under construction:

Urukia’s Top Ten Tallest buildings in the world under construction 2016: 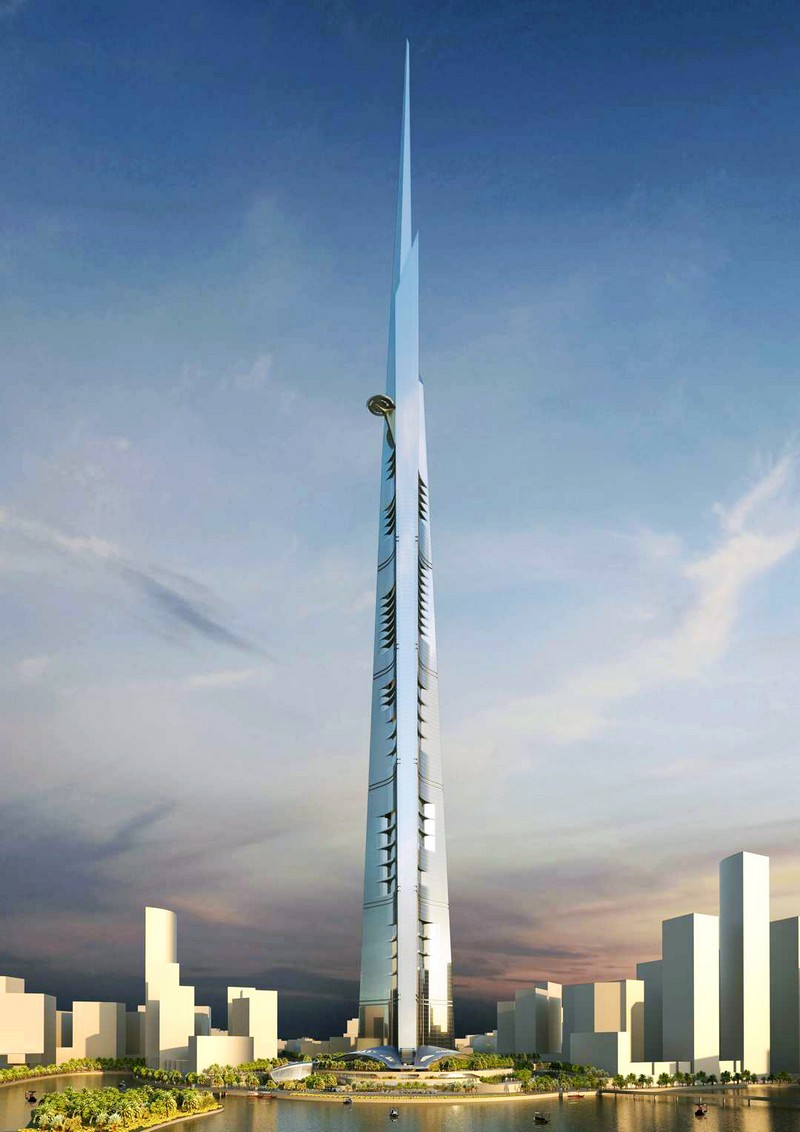 Jeddah Tower or Jiddah Tower (Arabic: برج جدة‎), previously known as Kingdom Tower and Mile-High Tower, is a skyscraper under construction in Jeddah, Saudi Arabia, at a preliminary cost of SR4.6 billion (US$1.23 billion). It will be the centerpiece and first phase of a SR75 billion (US$20 billion) proposed development known as Jeddah Economic City that will be located along the Red Sea on the north side of Jeddah. If completed as planned, the Jeddah Tower will reach unprecedented heights, becoming the tallest building in the world, as well as the first structure to reach the one-kilometer-high mark. (Initially planned to be 1.6 kilometers (1 mi) high, the geology of the area proved unsuitable for a tower of that height.) Jeddah Tower seeks to bring great changes in terms of development and tourism to the city of Jeddah, which is considered the most liberal city in Saudi Arabia. 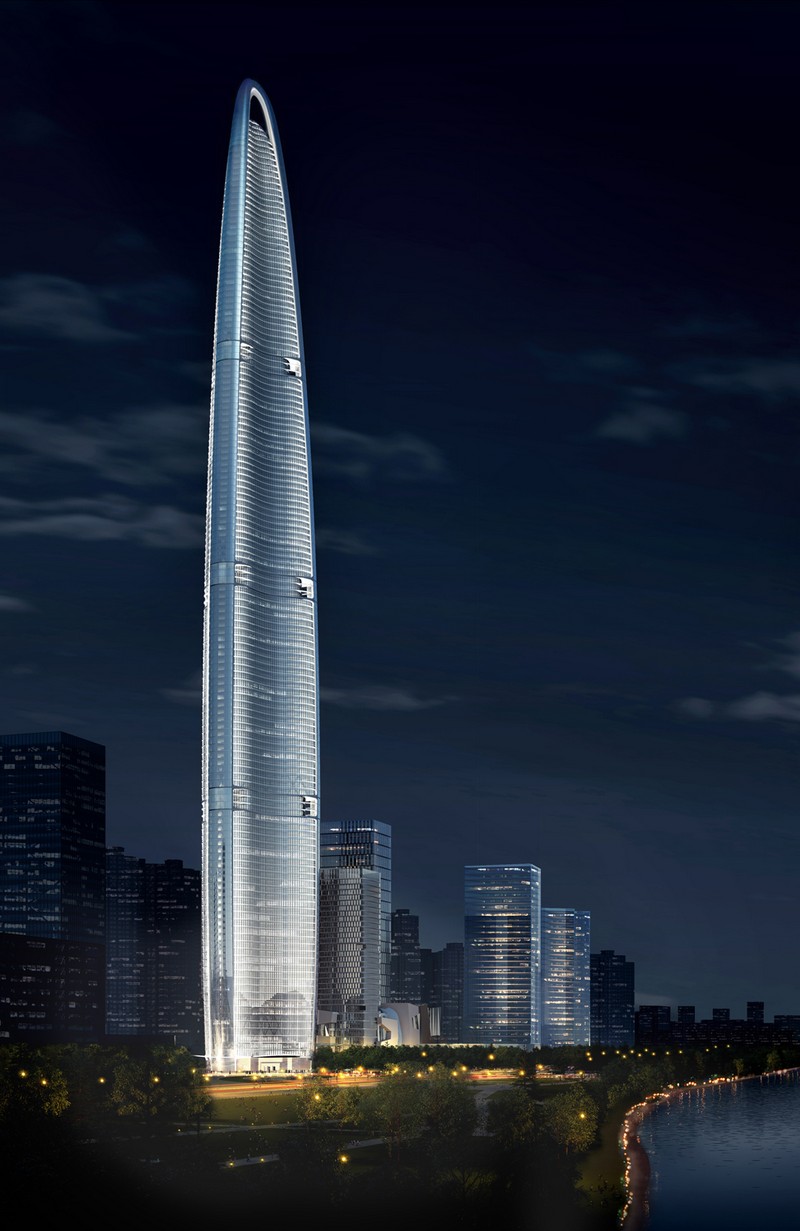 Wuhan Greenland Center is a 636-meter-tall (2,087 ft) 125-storey skyscraper currently under construction in Wuhan, China. In June 2011, Adrian Smith + Gordon Gill Architecture in conjunction with Thornton Tomasetti Engineers won the design competition to build the tower for Greenland Group. The design has many energy saving features. The building’s height was increased to 636 m, and is expected to become the tallest building in China, surpassing Shanghai Tower. 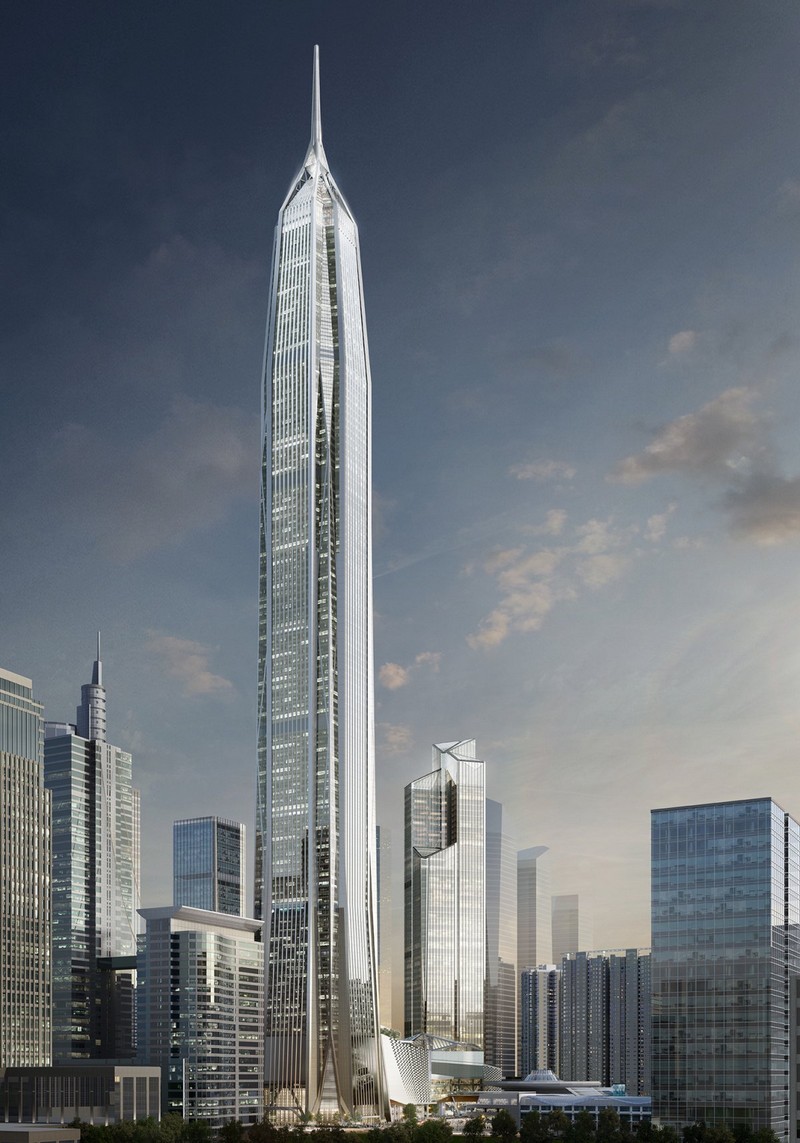 Ping An International Finance Centre (also known as the Ping An IFC) is a 115-story megatall skyscraper under construction in Shenzhen, Guangdong province, China. The building was commissioned by Ping An Insurance and designed by the American architectural firm Kohn Pedersen Fox Associates. It is expected to be completed in 2016, thus becoming the 4th future tallest building in the world. 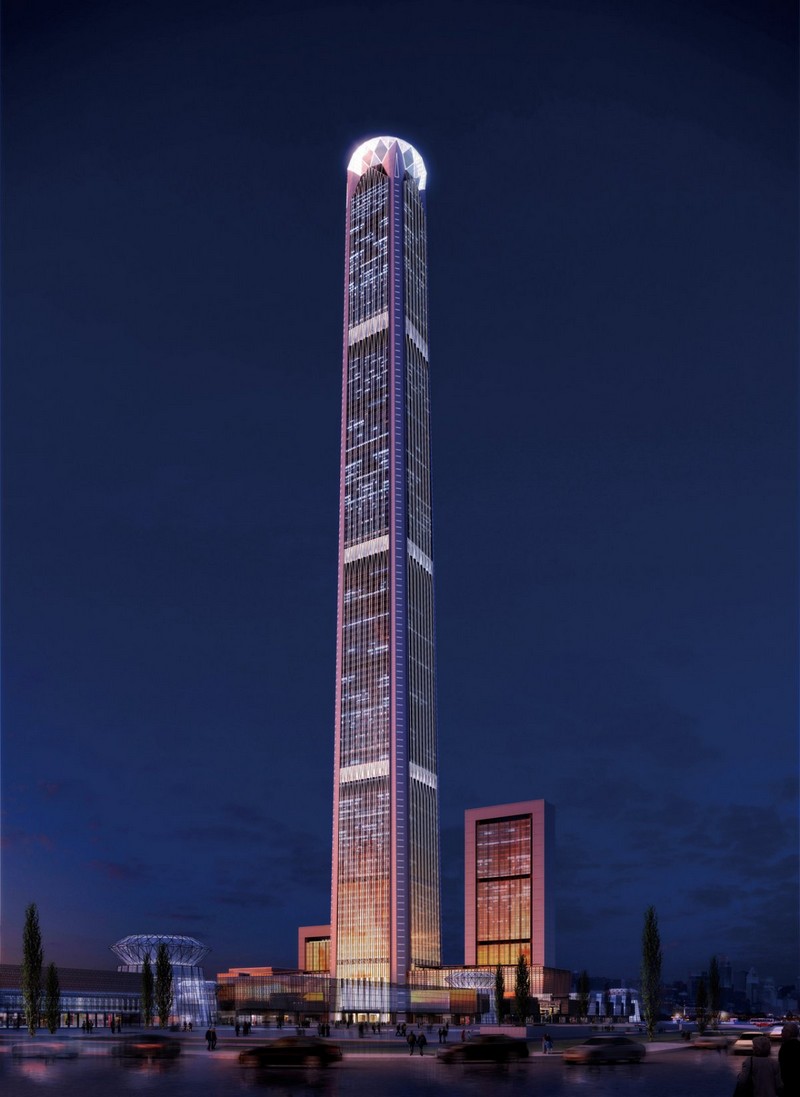 Goldin Finance 117, also known as China 117 Tower, is a skyscraper under construction in Tianjin, China. The tower is expected to be 597 m (1,959 ft) with 117 storeys. Construction began in 2008, and the building was scheduled to be completed in 2014, becoming the second tallest building in China, surpassing the Shanghai World Financial Center. In late January 2010 it was announced that construction had been suspended. Construction resumed in 2011, with completion estimated in 2016. 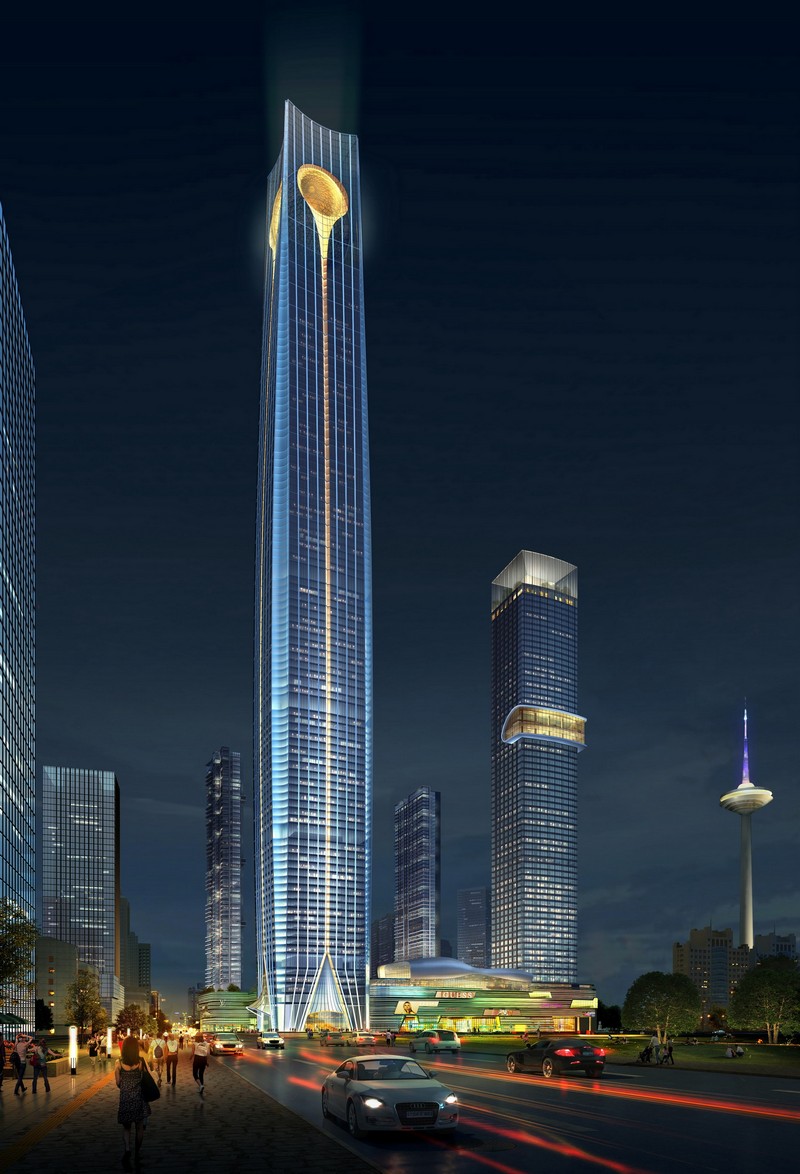 Baoneng Shenyang Global Financial Center is a supertall skyscraper under construction in Shenyang, Liaoning, China. It is planned to be 565 meters (1,854 ft) tall. Construction started in 2014 and is expected to be completed in 2018. The project includes residential, commercial, hotel and retail space contained in 7 towers. The commercial tower is 565m in height, the office/hotel tower is 328m and the 5 residential towers are 270m. 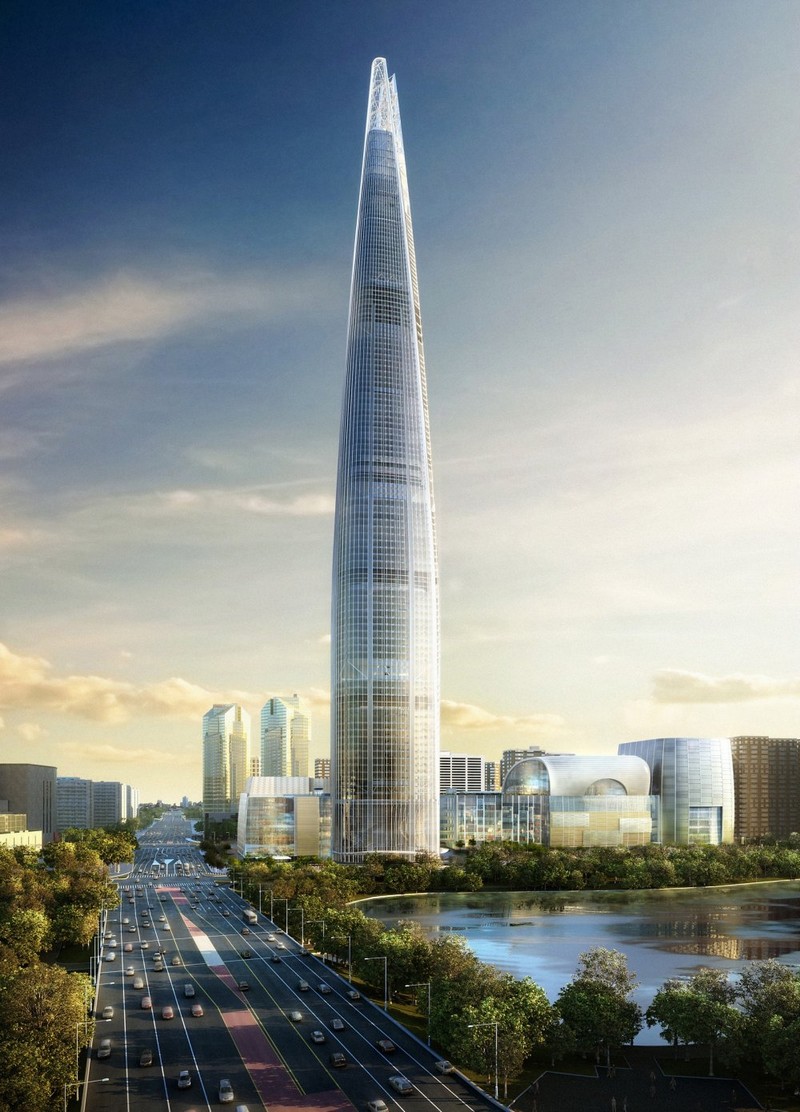 Lotte World Tower is a 123-floor, 555-meter (1,821 ft) supertall skyscraper currently topped-out and under construction in the second-generation Lotte World complex in Seoul, South Korea. The building’s final 123rd floor was topped out in 22 December 2015. Upon completion, it will become the tallest building in the OECD and the developed world, with the tallest man-made observation deck. After 13 years of planning and site preparation, the tower gained final approval to start construction by the government in November 2010 and the first groundbreaking activities of piling and frame assembly was observed at the construction site on March 2011. 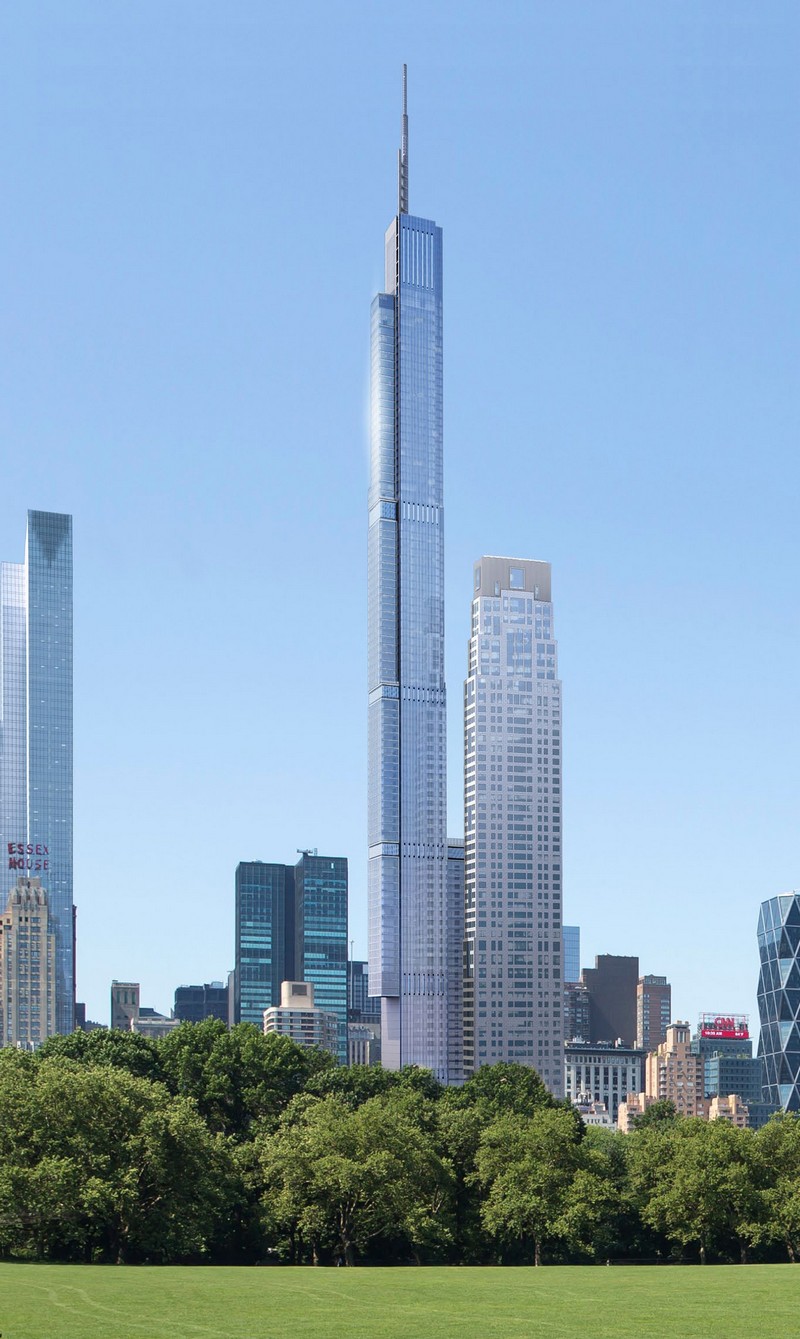 Central Park Tower (also known as the Nordstrom Tower) is a supertall mixed-use commercial/residential project being developed by the Extell Development Company in Midtown Manhattan, New York City. The building will rise 1,522 feet (464 m) to its roof, and 1,550 ft (472 m) to the tip. Upon completion, Central Park Tower will become the 2nd tallest building in the city, and in the country. The building will also be the tallest by roof height in the United States, surpassing the Willis Tower, and the tallest residential building in the world both by roof height and architectural height, surpassing 432 Park Avenue. The building is also notable for its former proposed architectural height of 1,775 feet (541.0 m), one foot shorter than the symbolic 1,776-foot (541.3 m) height of One World Trade Center. 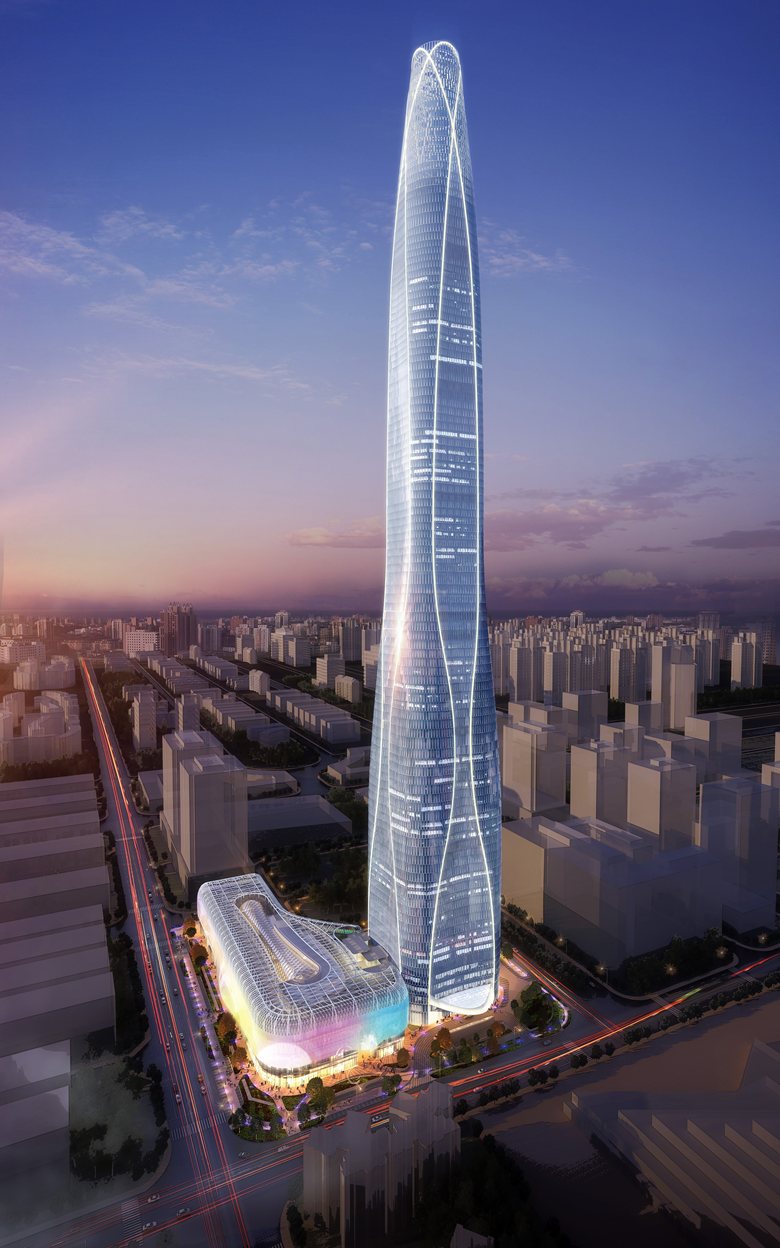 Tianjin Chow Tai Fook Binhai Center is a skyscraper under construction in Tianjin, China. It is expected to be completed in 2018.

CTF Finance Centre formerly The CTF Guangzhou, Chow Tai Fook Centre or Guangzhou East Tower is a supertall skyscraper under construction in Guangzhou, China. It will be the second of the two Guangzhou Twin Towers skyscrapers overlooking the Pearl River in Guangzhou. Its final height will be 530 metres (1,740 feet) with 111 floors. It is expected to be completed in 2016. The building will be used as a conference center, hotel, observatory, mall and office building. Rosewood Hotels & Resorts will run the tower’s hotel component, which consists of 251 guest rooms and 355 residences occupying the top 16 floors and podium of the tower. 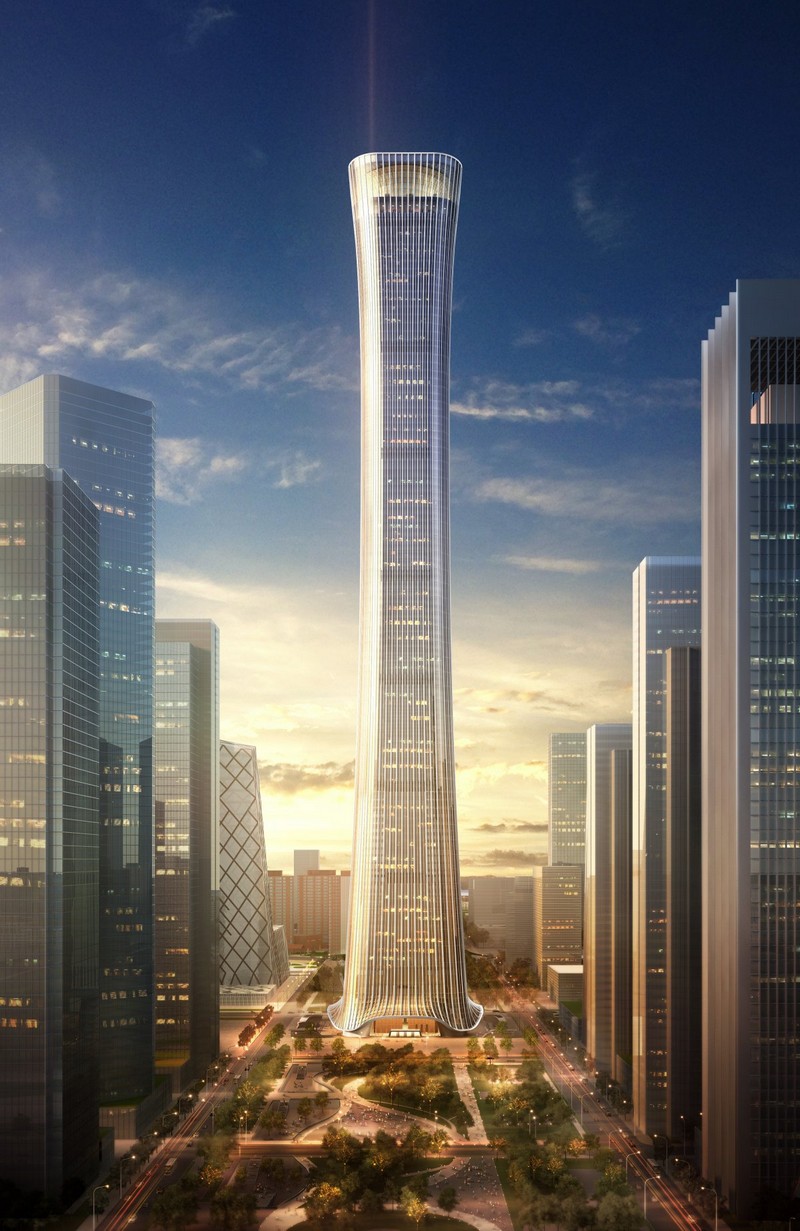 China Zun is a supertall skyscraper under construction in the Central Business District of Beijing, capital of China. The 108-storey, 528-metre building will be the tallest in the city, and its height will surpass that of China World Trade Center Tower III by 190 meters. China Zun name comes from the zun, an ancient Chinese wine vessel which inspired the building design, according to the developers, the CITIC Group. The groundbreaking ceremony of the building took place in Beijing on September 19, 2011 and the constructors expect to finish the project within five years. After completion, China Zun will be Northern China’s second tallest building after Goldin Finance 117 in Tianjin.