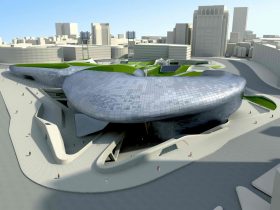 In late 2020, UNESCO, the Iraqi Ministry of Culture, and the Iraqi Sunni Endowment jointly announced an international design competition for the reconstruction of the historical Al-Nuri Mosque in Mosul. One of the oldest cities in the world, Mosul (“the linking point” in Arabic) is beginning a recovery process following years of conflict, guided by an initiative aptly titled “Revive the Spirit of Mosul.” The rehabilitation of the Al-Nuri Mosque Complex, which dates originally to the twelfth century and has constituted a core facet of city life since, is a central part of this initiative, and is intended to signal the city’s resilience, hope, social cohesion, and reconciliation in the aftermath of the conflicts. Six months after the competition was originally announced, winners have finally been chosen.

Al-Nuri Mosque complex, damaged severely in 2017, included several monumental spiritual landmarks, including the Al-Hadba Minaret and the Al Nouri Prayer Hall. For its reconstruction, the competition organizers called for an integrated rehabilitation program, rebuilding the Al-Nuri Mosque Prayer Hall while also integrating new functions and secondary buildings that would recover the complex’s central importance to the fabric of the city.

Endorsed by UIA (International Union of Architects), the competition was framed as an anonymous and open call for proposals, requiring that the leaders of the participating teams have at least five years of experience in the field and demonstrated experience in rehabilitation or new designs in historical contexts. A prize of $50,000 would be awarded to the winning entry, with additional prizes going to four runner-ups and special recognition going to honorary mentions. The entries were evaluated based on the following criteria:

The jury meeting took place from April 6 to April 12. They received 123 applications from around the world. 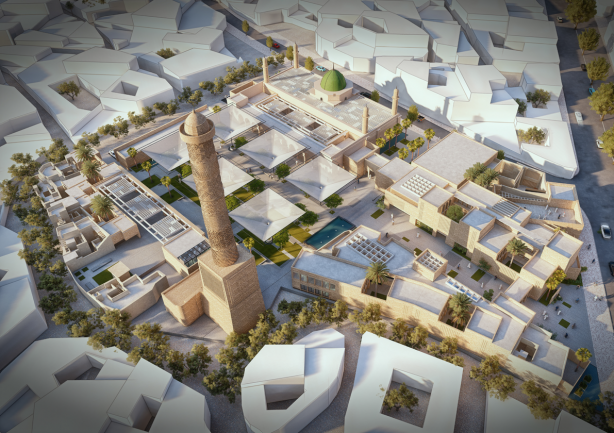 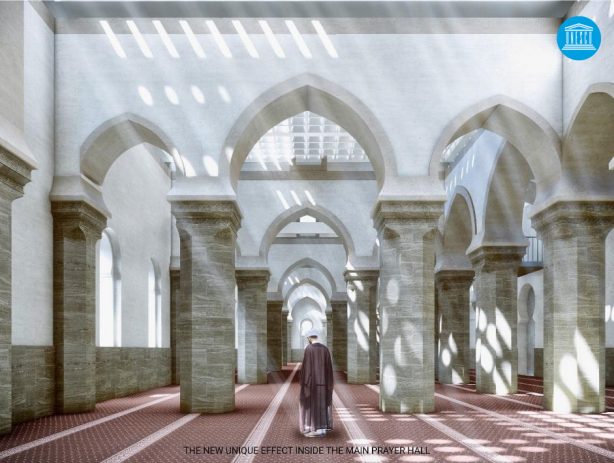 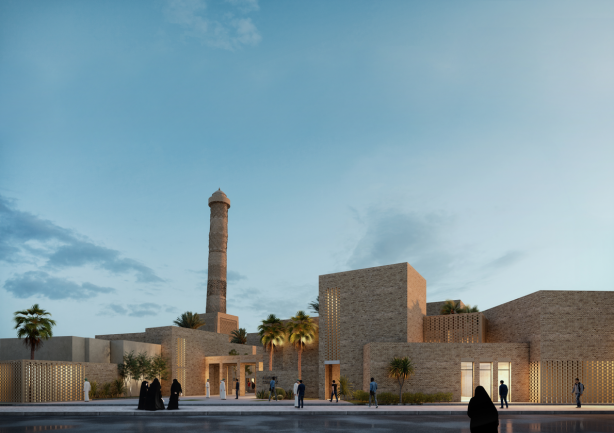 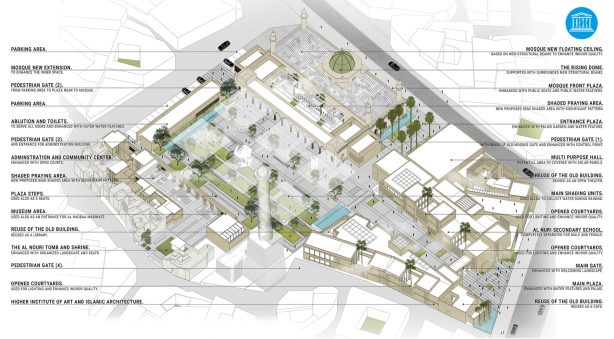 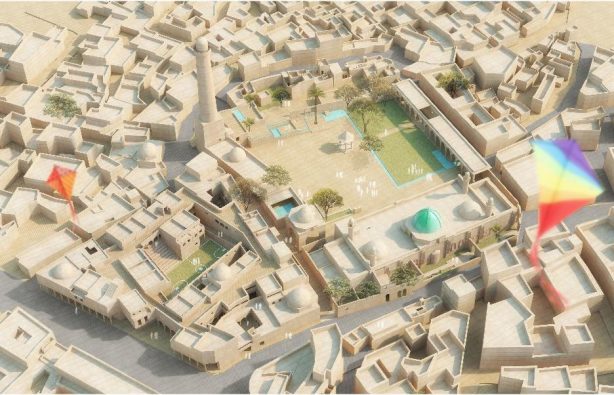 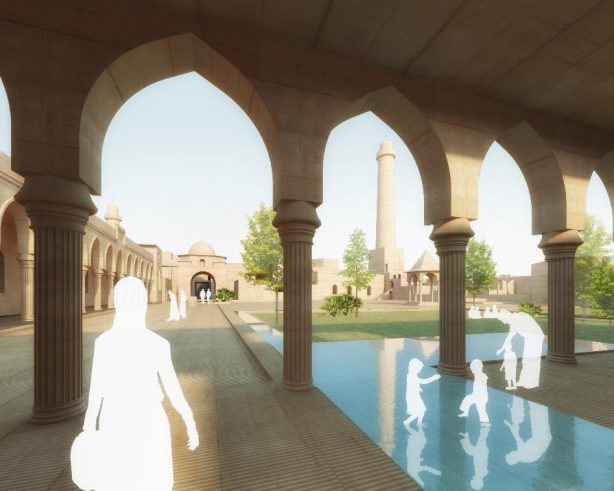 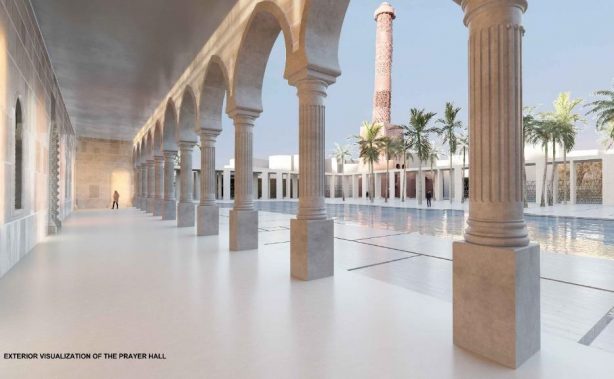 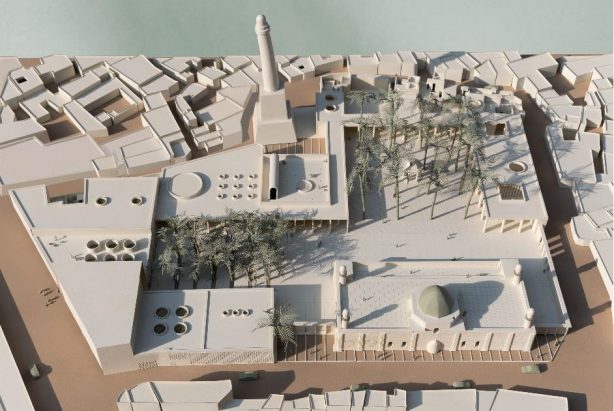 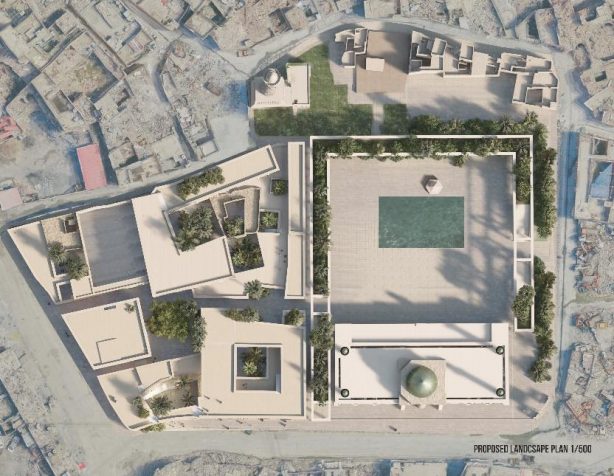