Plans for Sky Mile Tower floated in Tokyo, Japan, as part of “Next Tokyo” 2045.

Sky Mile Tower will be a mile-high skyscraper! in Tokyo, Japan, that would not only become the world’s tallest building, but will be twice the height of the Burj Khalifa in Dubai. Related Story: Top 10 tallest buildings in the world under construction in 2016 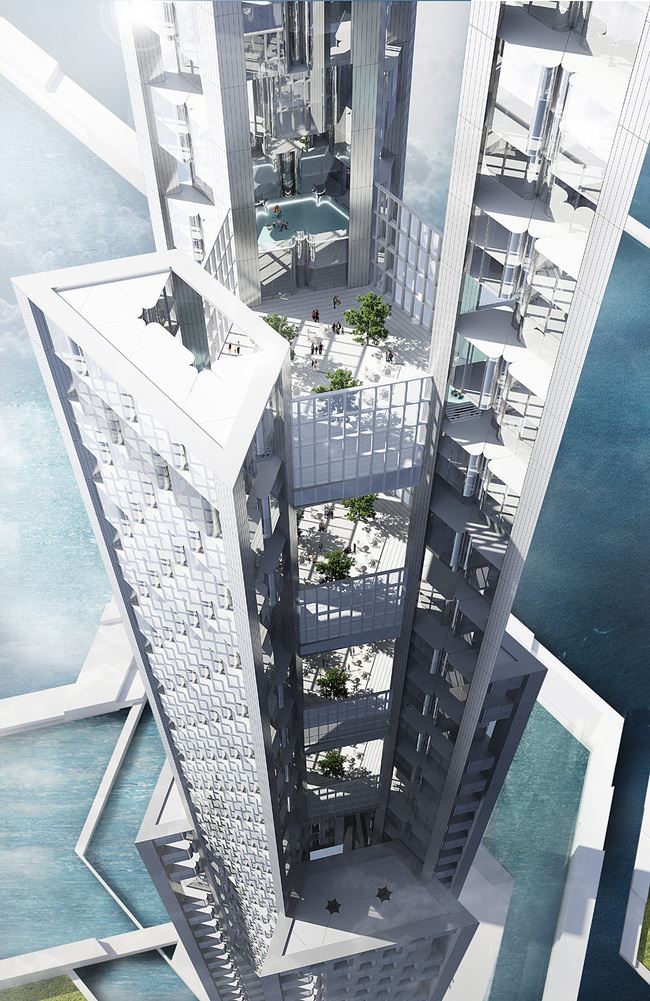 This super-tall building is set to reach a height of 1,700m and host up to 55,000 people in Tokyo bay, an inlet southeast of the Japanese capital.

If the plans are accepted – ‘Sky Mile Tower’ would be surrounded by a series of man-made hexagonal islands, These islands are designed to protect Tokyo from flooding and act as foundation for homes for around half a million people.

The tower’s facade has meanwhile been designed to collect, filter and store water from the clouds to reduce the load on the plumbing system of pumping water to the top floors.

To tackle the question of vertical transport, the tower would make use of ThyssenKrupp’s cable-free, magnetic levitation elevators, which can run vertically and horizontally.

This Mile tower will have multilevel sky lobbies where residents would share amenities such as shopping centres, restaurants, hotels, gyms, libraries, and health clinics.

If the plans approved, the Mega-tall building is set to be completed by 2045.

Dubai Opera House to be built opposite the World’s Tallest…