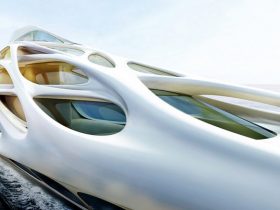 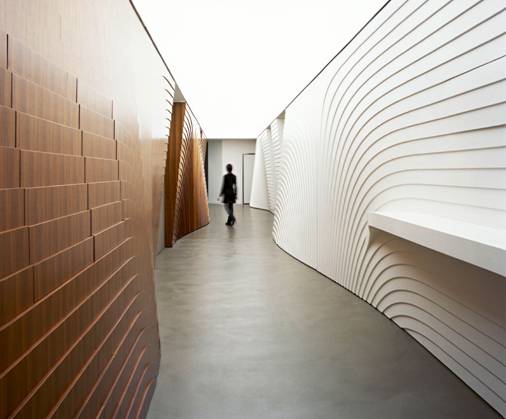 Austrian architects PSA have completed an interior project for a law firm in Vienna. The project involved extending the firm’s existing office and providing new circulation. The main feature is a corridor lined by walls made of 543 individually CNC-milled parts. Photographs by Hertha Hurnaus. Here’s some more information from PSA: 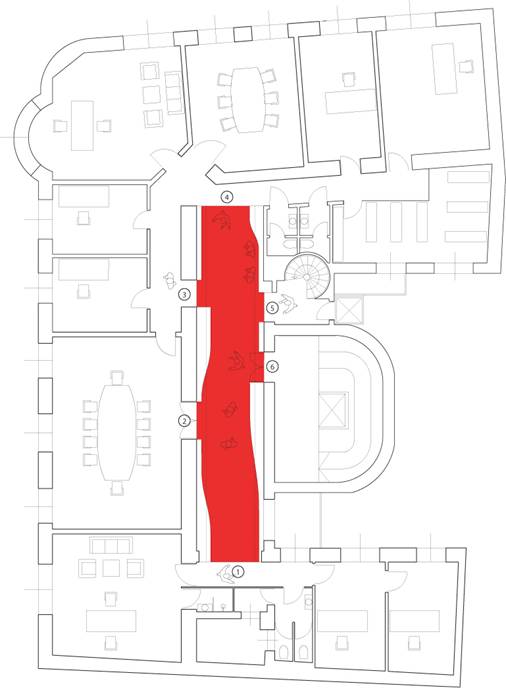 PSA: EXTENSION OF A LAWYERS FIRM IN VIENNA

The proposal responds to the client’s requirements to integrate the internal office circulation and to extend the office floor area into the neighboring unit. The extension consists of 58m² office spaces and 70 m² conference rooms.

Due to the existing spatial constraints on site – a maximum width of 2.80 m and a total length of 18 m (10 % of the total floor area) – the project could not only be seen as a pure circulation / lobby area due to its sheer size. 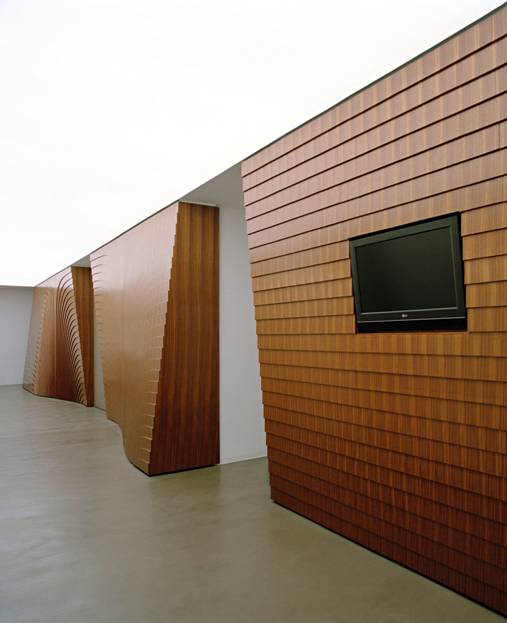 Situated in the operative core of the office the project mediates through the implementation of a series of micro-scalar soft-programs between the macro-scalar predefined “corridor”-space and the adjacent array of office-space utilities. The proposal utilizes the “wall” as a principle constituent of architectural negotiation across gradient scales and conditions. 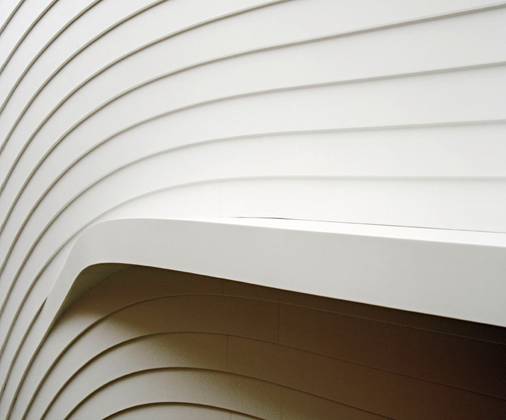 Through a continuous differentiated manipulation of the two 15 m long 2.78 high and 60 cm deep wall-structures the project locally provides the adjacent spaces with highly articulated “program-extensions”: apron-areas for gatherings after meetings, a bar for breaks during the working hours, waiting areas across the reception mingle and enrich the visual experience of a transit area along its spatial, programmatic and metaphoric capacities. 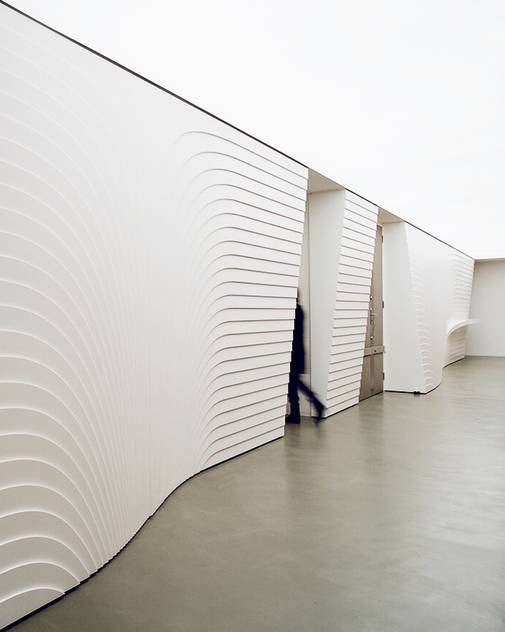 Since the structure consists of more than 543 individually CNC-milled parts the main task became the automation of the assembly. The individual parts are assembled in doubly overlapping “sediments” which act self-positioning through a set of 2550 CNC-pre-drilled dowels. This not only provides a minimized assembly time and high precision but also produces no material cut-off waste in the milling phase allowing the use of high-value construction materials like Corian. 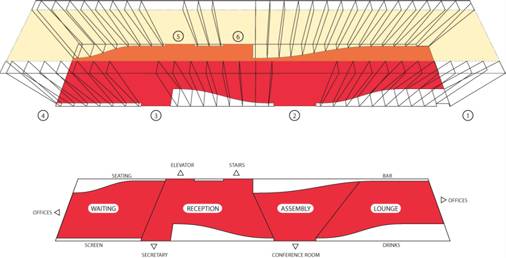 In order to emphasize the materiality of the wall-structures as a strategic design device the walls consist of complementary construction materials, surface effects and patterns. The emerging relief-patterns vary across the wall structures to resonate the affects of a “structural ornament” throughout the entire project. The material operations that acted on the walls result in the production of a specific interstitial space. 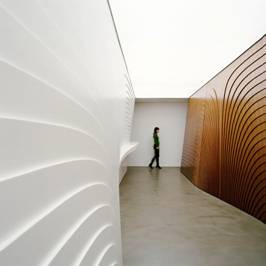 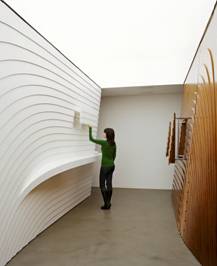 A seamless 31 m² luminous ceiling eliminates any material code of a light source and is programmable according to the different functional areas. 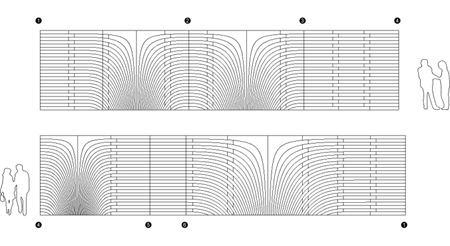 The floor is made of a seamless cement based material and extends beyond the field of the “corridor” to connect all adjacent spaces. All services and infrastructure are integrated into the continuous wall systems.

PSA was founded 2004 by Lilli Pschill (MSc) and Ali Seghatoleslami (MSc) in Vienna. PSA defines itself as an architectural studio where project-specific solutions with a strong emphasis on technological and design innovation are sought after. Lilli Pschill (born 73 in Wien) und Ali Seghatoleslami (born 75 in Teheran) graduated from the Technical University in Vienna and the Architectural Association in London.