Solus4 proposed a design solution for the Busan Opera House competition that symbolises the elements of culture and history of Korea. The team chose to incorporate into the basic building form the elegance of the brush and ink paintings of the Fourth Era of the Joseon Period. In these paintings the Korean artists chose natural elements according to an aesthetic sensibility.

The concept of sohwa is the overlay of several elements of art and culture as when painting and calligraphy are joined. Emerging from these concepts Solus4 developed a simple expression of nature and peaceful elegance. The architects were attracted to the free flowing lines that characterise the paintings of this type take on a very lyrical almost musical quality in the abstraction of the images above. They took the two dimensional basis and expanded this into the third dimension of building volume without any loss of the original element.

This to us was the emerging of the sohwa principle that Solus4 wanted to try to express in this building. The early concepts were then developed to integrate these shapes and elements into volumes that would not detract from the original intent and yet allow the incorporation of a state of the art voice performance facility coupled with the various ancillary uses. 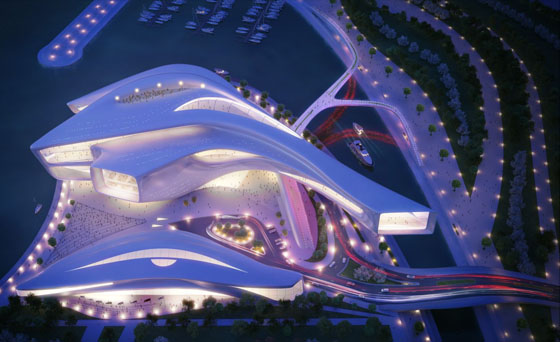 Staying within the traditional artistic parameters, the designers first placed the conceptual diagram on the site, then diagrammed the building shapes and the essential volumes. The original ink brush strokes were used to freely become building elements. By varying the connections to the earth and varying the edges and heights of roof shapes it was possible to provide strong volumetric edges that reinforce the freedom of the original art. 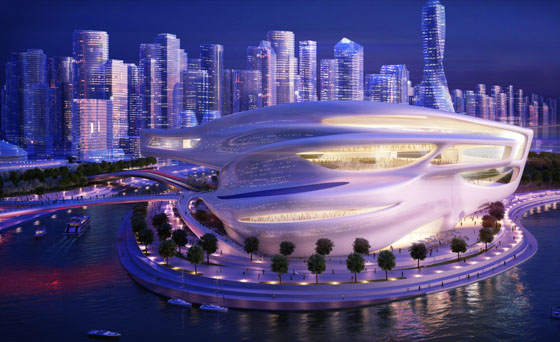 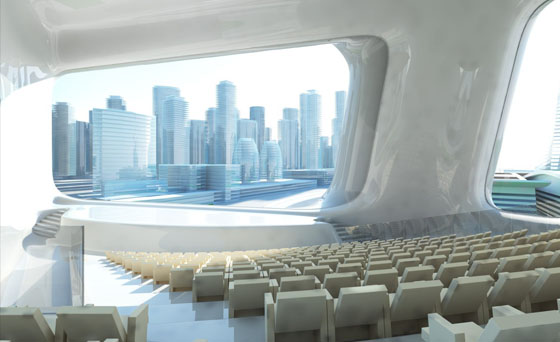 Dubai Opera House to be built opposite the World’s Tallest…