A 102-storey skyscraper covered in Gothic sculptural elements in Manhattan – 41 West 57th Street, in response to the city’s supertall skyscrapers that are “virtually free of architectural design”. See more images about Gothic skyscraper in New York:

“I think that many of the supertall buildings being built in New York City are virtually free of architectural design – they are just tall boxes covered in selected glass curtain wall products,” said Gage, who serves as assistant dean at the Yale School of Architecture.

“That is not design,” he added. “Design is thinking of a great many things like how a building appears from different distances, or in this case, how to make each floor unique to the owner.”

“How to make it more than just floor-space in the sky but also something beautiful and hopefully more meaningful to them and the city.” 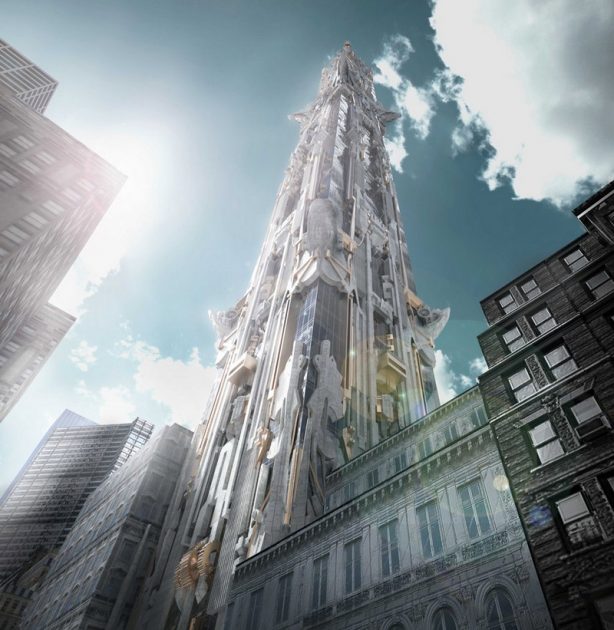 Intricate details cover the tower: limestone-tinted concrete sculptures resemble the fronts of cars and propellers, while others serve as unconventional gargoyles. 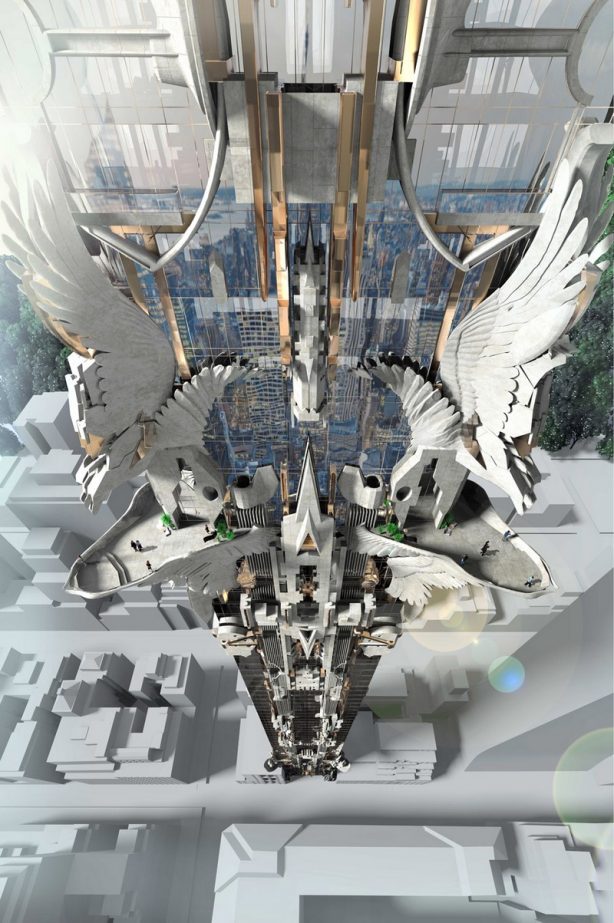 The building is also decorated with symmetrical geometric shapes, placed on all four sides. Gage has suggested robotic CNC technology could be used to create the carvings.

Bronze and brass decorative details extend up the tower, and have been used to create cog-shaped elements at the base and curved sections that echo the forms of the wings further up the building. 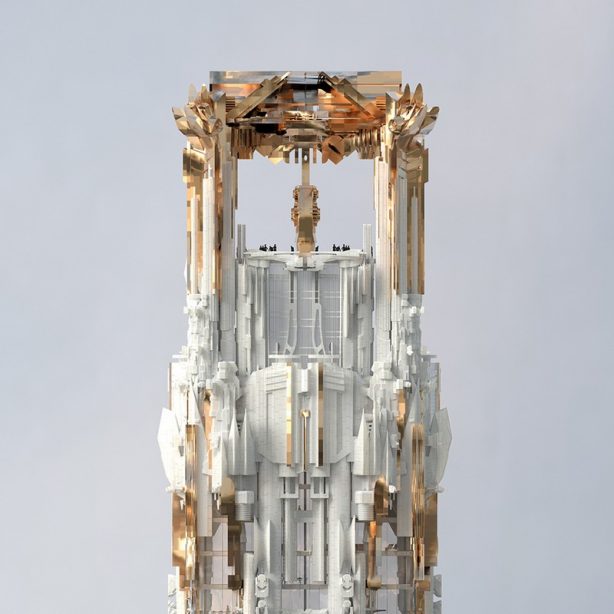 At the top of the tower, a viewing platform is framed by sculptural metal details, including what appear to be the faces of pig-like creatures at each corner.

“Our primary interest wasn’t symbolism as might have been the case with such sculptural forms a century ago,” said the architect. 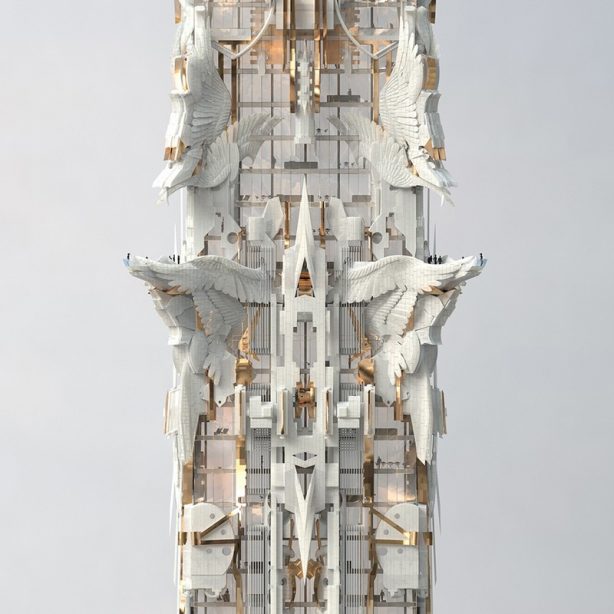 “Instead we were interested in having high and low resolution areas on the facade, so the building revealed different qualities from different viewing distances – including from the interior,” he added. 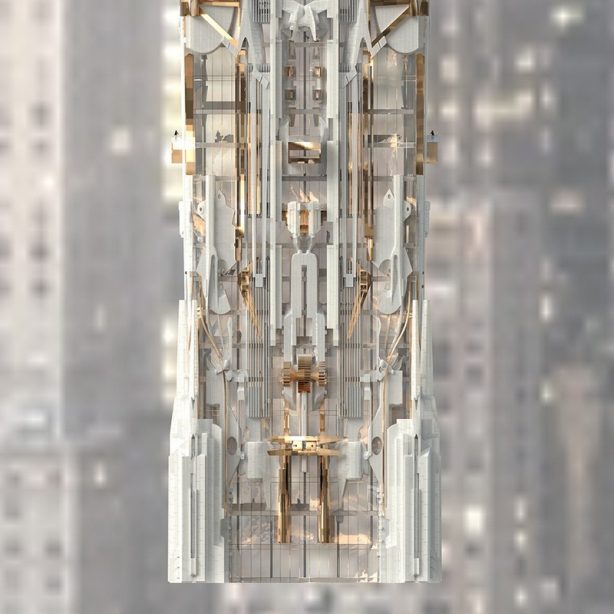 The 64th floor of the building would include a sky lobby with various retail spaces, as well as a two-storey ballroom. Visitors will also be able to visit a restaurant that would offer “an awe-inspiring event and dining experience unique to the city of New York”.

According to the architect, each of the apartments in the building will also have its own unique sculptural exterior, designed to “frame particular features of the surrounding urban and natural landscapes”. 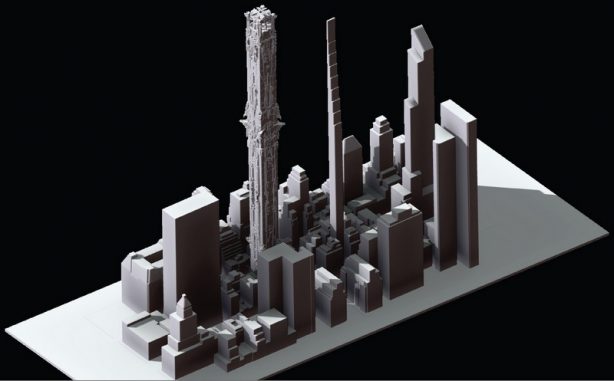 However some New Yorkers have spoken out against the rise in super-tall skinny skyscrapers, claiming they could overshadow Central Park.

The architect was a founding partner at Gage/Clemenceau Architects from 2001 to 2013, and founded Mark Foster Gage Architects in 2014.