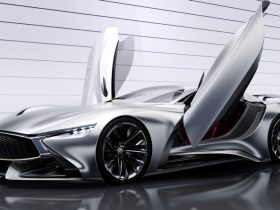 Delam is A Digital Architecture and Speculative Project talking about the conditions of rhythmic affect, which called PULSATION!

A collaboration between Eric Goldemberg of MONAD Studio and Niccolò Casas, the project was part of the Spring 2013 T4T Lab series of Texas A&M, whereby a focused group of students coordinated locally by Gabriel Esquivel operated as a satellite office working remotely with feedback from the designers’ technical challenges and intellectual charge.

The main objective of the design research was to explore the conditions of rhythmic affect—which we called PULSATION—and its spatial manifestation using design processes of Material Senescence that invoke cyclical swerves of decay and gain, juggling abject geometry and material expression.

A pervasive aesthetics of Decadence informs the cognition of systems that partake on vital, rhythmic cycles—that which intensifies the transitional nature of all matter, its process of Senescence as positive feedback moving organizational patterns and their transformation through time-based operations.

Decadence as Senescence defines a moment in which the organism (biological or social) tends to lose its integrity whereas the parts acquire independence; this particular state doesn’t forcedly bring about the death of the organism but a redefinition of it. Senescence and Decadence constitute an instance in Dynamic Systems redefining the internal and external equilibrium, a moment where the whole starts crumbling before becoming a new whole.

The project reflects a paradigm shift in spatial perception due to the intense use of computational techniques in architecture; the capacity to process and manipulate massive amounts of data allows for rhythm to be perceived as playing an active role in the formation of spatial-tectonic articulation, claiming the foreground figural-field and not merely embedded or indexed in the structure.

The beat of pulsatile systems is profoundly inherent in our psyche, from the material-molecular to the organizational-collective. The notion of digital prosthesis serves to articulate this purpose by extending the realm of the body through prosthetics that supplement the functionality and aesthetics of the body, leading progressively to the scale of urban aggregations by means of framing devices. The studio teased out Intense Presentness of effects derived from time-based processes but privileging the now, the status quo of artificially, post-articulated matter over any questioning of its process of becoming.