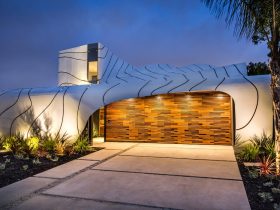 Aedas is honoured to receive an award at this year’s Cityscape Abu Dhabi Awards, at a ceremony held on 23 April at the prestigious Yas Viceroy Hotel in Abu Dhabi. U-bora Towers, which is located at the heart of Dubai’s Business Bay, garnered the Commercial, Office & Retail Project Award in the Built category. This is the fifth award won by this project designed by Andrew Bromberg.

On winning the award, Andrew Bromberg says, “We are very proud to receive this award; this project is a good example of how creativity can go beyond commercial objectives, exceeding the expectations of the client and the end user. We thank Cityscape for recognizing this achievement.”

The U-bora Towers development was designed in response to the site conditions and has given equal attention to its three different uses – offices, residential and retail. The office tower forms a sculptural element with plans twist at varying degrees and angles as it increases in height, re-orientating their faces to maximise available views. Fused with the office tower through a 10,000 square-meter public landscaped deck is the residential element, which stays low to maintain a suitable residential scale and offer prime lake views. The building form of the residential element is also unique with a void puncturing through to create an iconic urban gateway for the development.

This year, the Cityscape awards attracted over 200 entries in the MENA region to compete for 8 awards in 8 categories.