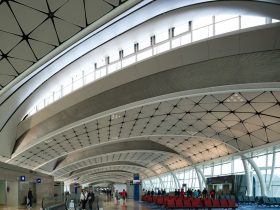 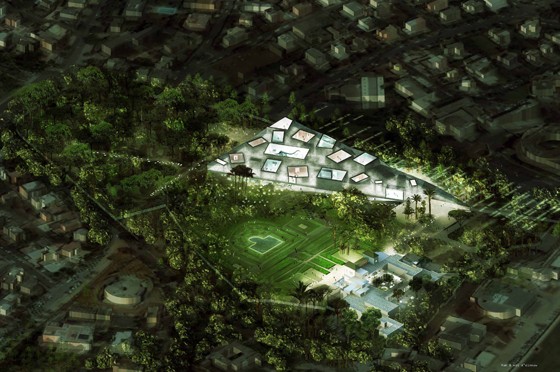 OMA: The National Museum of Archeology and Earth Sciences (MNAST) is located on one of Rabat’s highest points: the gardens of the Lyautey Residence, which used to house Morocco’s French administrator. The MNAST will act as a catalyst for Rabat’s development, its innovative architecture reinforcing its urban and cultural attraction. 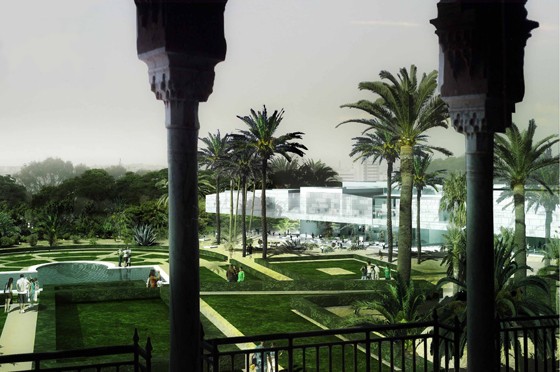 The building is a long, flat isoceles triangle, resembling an ancient relic or indeed an archeologist’s tool. But the shape is primarily motivated by three axes on the site: Franklin Roosevelt Avenue, facing the city in the east; the park in the north; and the Lyautey Residence and formal gardens in the south-west. Rather than appropriating the Lyautey Residence as a part of the museum, the MNAST – with its entry is at the same level – will engage it in dialogue. Through its topographical connection with the MNAST, the Residence will be inscribed anew in the contemporary history of Morocco. 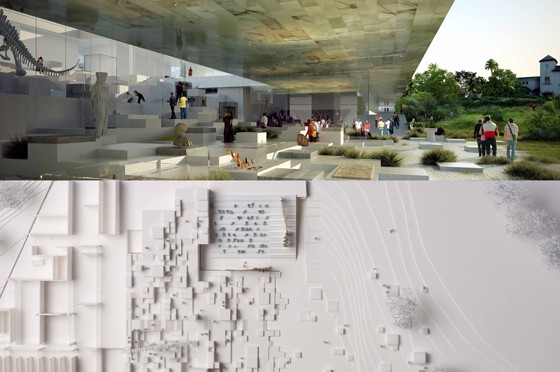 Inside, the museum unites earth sciences and archeology under one roof in a chronological field of 4.5 million years of Moroccan history. The eastern side of the triangle is dedicated to earth sciences, the northern side to the emergence of man, and the western side to the historical moments that led to contemporary Morocco. Individual rooms for detailed scrutiny of particular periods are scattered through the museum, and have glass ceilings; viewed from above, they resemble jewels embedded in the building. 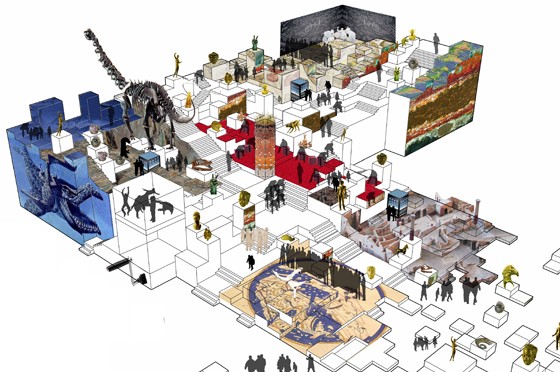 At the centre of the triangle, different disciplines and different eras spill out into an atrium that descends into the garden level. The atrium, composed of irregular plinths and terraces, is conceived as a walk-through wunderkammer bringing together elements from all parts of the museum into an encyclopedic overview of Morocco and bridging the disciplinary distinctions that characterize similar museums. Open to the garden below and the sky above, this atrium is the gateway to the museum, as well as the shortcut to the different eras within. 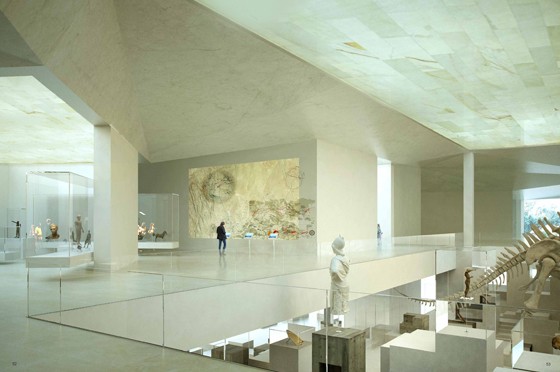 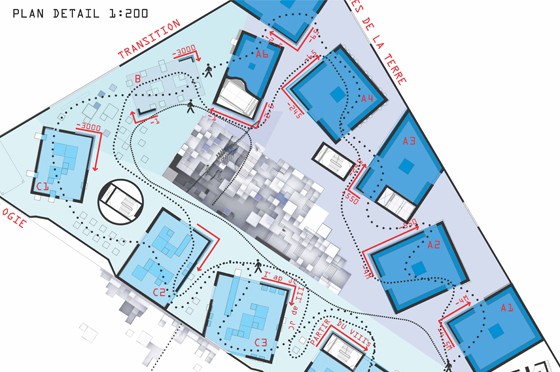 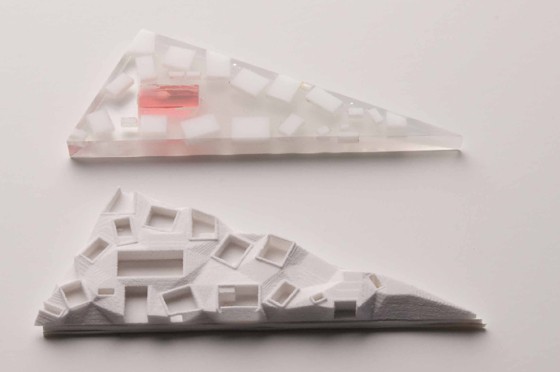