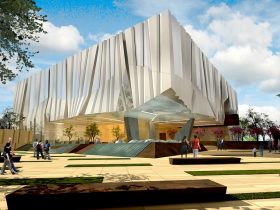 The parcel itself is very long and narrow with a significant level change throughout the whole site. With views afforded to the south and to the west.  And with the client interested in maximizing the plot ratio. It was soon decided on a long primary body on split levels, with an outer shell structure creating a necessary hipped roof.

The shell would take up most the heat-gain during the earlier parts of the day and a more transparent side would let the hot afternoon sun penetrate the structure and activate a heat sink wall on the western side of the villa.

The north would be left secure but sufficiently transparent to let ample light in. A sense of security in this direction was needed for the simple reason that it was to become the entry to the villa and the property in general.

To the south there is an astounding view over one of the major lakes in the region.  To take full advantage of this we created a series of minor views as you approach and enter from the north and then finally opened to the view outside the outer shell with a series of protruding horizontal and vertical planes to direct the view but also shield from the direct solar exposure during the long summer days.

Now searching for an architectural language coherent with our views and that of the clients’ and their time in Asia. Also taking into consideration the neighbors and the communes perceived wishes we entered into the ideas of a constructed landscape. It had to be zen but not foreign to the local natural beauty.

We would have to rely on local materials that still embody the specific ideas of the client. We were also asked to respect the Swiss energy efficiency and ECO standards called Minergy and Minergy-ECO.

This since the client is also in the environmental consultancy business, and felt it not possible for his image that his own house did not meet the local energy and eco certification standards.  The Swiss Minergy institute gives a lot of focus on specific systems and materials to comply and allow for very little flexibility.

These constraints were not in line with the client’s ideas, and nor with ours….  However, after lots of battling and proof finding we have finally succeeded and the villa has gotten its certifications and its occupancy permit.

Hopefully it will also succeed in being energy neutral, but that we will obviously see first after the first year of running the systems at their optimum. The villa uses both active and passive energy sources, with focus on solar and geothermal, both for heat/chill and for electricity. Notably the western elevation being protected by vertical PVC sun shades that follow the path of the sun.

The Villa is a mixed material structure utilizing recycled concrete, steel and wood as primary structural systems. The outer shell quickly became a multi faceted garden over a concrete structure. Partially opening itself up and revealing the primary body. We wanted something heavy but contradictory, suspended, creating a tension and through that tension an inherent calm. The primary body became a suspended core-ten box, being revealed in certain parts and covered by the shell structure in others. We imagined that this outer shell is a box that is in the process of being opened, hence the outward leaning eastern wall, and the suspended piece of metal became a jewel that is revealed as the box opens up. This notion has given the name to the villa: Villa Jewel box.