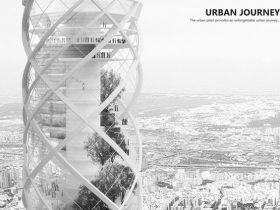 Paris- May 17th 2013, the second appointment of Architecture Whispers happened at the Silencio Club in Paris. The theme for the evening was: Brand Development or Architectural Design Research? The Speakers were Manuelle Gautrand, Isabel Herault, Harorld Fallon, Karsten Huneck and Bernd Truempler

From Visionaries to Companies, has the public’s demand for more and the drive to establish a brand/recognition pushed architects to hinder their natural evolution of style and their innate strive to explore/research?

Architecture Whispers is a series of intimate multidisciplinary and cross-cultural conversations between emerging, established and visionary international architects and their colleagues in other disciplines. They take place in the Silencio Club in Paris, an exclusive venue for writers, directors and musicians, established by American filmmaker, visual artist and musician David Lynch.

Conceived and curated by Matteo Cainer, these intimate conversations draw together key individuals who have made a significant contribution to architecture by exploring creativity, innovation and redefining the social, political and economic issues of today. Architects, critics, designers and thinkers who share common aspirations, engage in a critical examination of architecture as a wide-ranging discipline. The programme of conversations not only looks to inspire, redefine and challenge architecture but to create possible collaborations among emergent and established figures in urbanism, architecture, art, design, science, technology, education, and sustainability.

The series of conversations assembles speakers who strive to understand and develop new theories and approaches through advancing technologies. Arranged as a think tank, participants have a unique opportunity to meet and discussing pressing issues so as to develop new synergies and hybrid collaborations.

At a time when images appear to count more than words, whispers present an opportunity to advance and extend the architectural discourse. We have decided to take away the Ego from the equation, and for this reason there will be no images, no slides, and no special effects to seduce or blur that objective. There is a strong belief that an architectural debate must re-emerge and to do so the introduction of face-to-face discussions and personal interaction are essential.

Events take place once a month on Fridays from 19:00-21:00 in the main space of the Silencio Club in Paris, an intimate environment that encourages speakers to freely discuss and elaborate exciting visions. Next event will be 21st June 2013

The theme for the evening will be:

Silencio is a new kind of cultural club designed by David Lynch, located on 142 rue Montmartre. Before midnight, Silencio has a range of cultural events in store for its members: including concerts, films screenings, conferences, culinary tastings and the Carte Blanche programmes.Open Tuesday through Sunday from 6pm to 6am the club is members only until midnight and offers a vast selection of cultural events : concerts, films, culinary events, performances, art exhibits, “cartes blanches”…

Silencio is having a series of Talks about photography, design, fashion, contemporary art as well as architecture, Architecture Whispers is part of SILENCIO Talks.

Matteo Cainer is both an architect and a curator. Based between London and Paris, he is founder and director of Matteo Cainer Architects. Prior to opening his own office he worked and collaborated for several years with a number of celebrated international practices including Eisenman Architects in New York City, Coop Himmelb(l)au in Vienna, and Arata Isozaki Associati in Milano. Matteo Cainer has also always maintained a curatorial role: from Assistant Director and co-curator to Kurt W. Forster for the 9th International Architecture Exhibition La Biennale di Venezia, METAMORPH, to curator of the London Architecture Biennale CHANGE in 2006. In 2010 he created and directed the ‘Pavillon Speciale’; an annual spring architectural series providing an opportunity for emerging architects to build with students, a temporary project in the heart of Paris. Matteo maintains an active role in academia. He was visiting critic at the Bartlett School of Architecture in London, at Pratt and Columbia University in New York, and at the Dessau Institute of Architecture in Germany. In 2009 he was appointed associate professor at the École Spéciale d’Architecture in Paris. His work has been widely published in numerous books and international magazines, and he has written and edited a number of books and articles in the field of architecture and design.