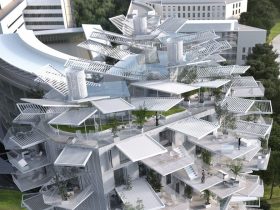 Firm OMA has developed a Masterplan for a mixed-use project that will supply facilities for the growing, selling and distribution of food for local farmers in Louisville.

West Louisville Food Port will serve and provide for all stages of the food chain, from farming, to processing, shared community kitchen spaces, retail, and recycling. 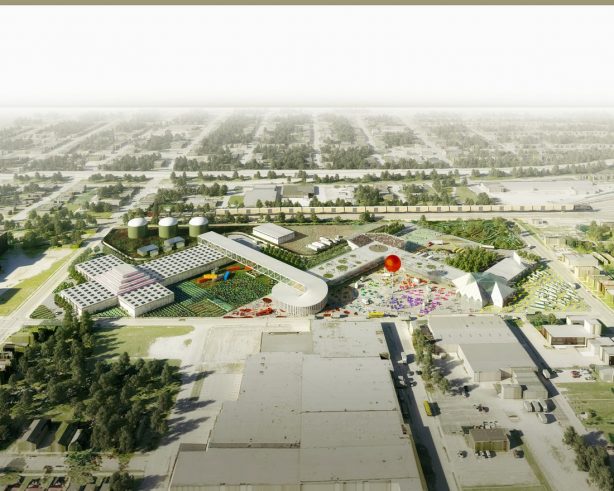 Working in collaboration with the non-profit Seed Capital Kentucky for the City of Louisville, the Food Port will take significant steps towards rejuvenating a 24-acre vacant site into an active economic and community hub. 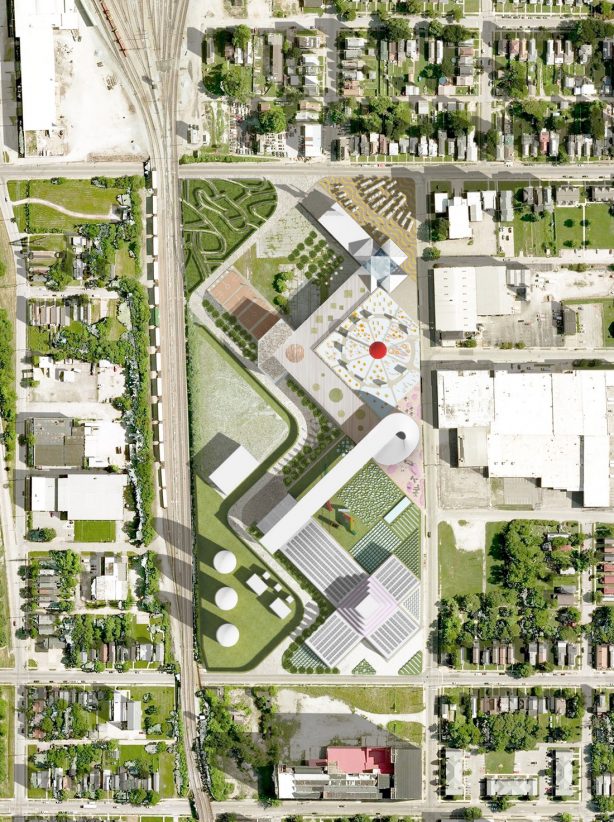 “The diversity of program reflects the full food chain, as well as a new foodscape of public spaces and plazas where producers and consumers meet,” said OMA’s partner-in-charge Shohei Shigematsu, who is also leading the Alimentary Design research studio at Harvard University. “The Food Port acts as a catalyst to activate the surrounding neighborhoods, exemplifying one of the complex urban relationships between architecture and food that our studio is investigating.” 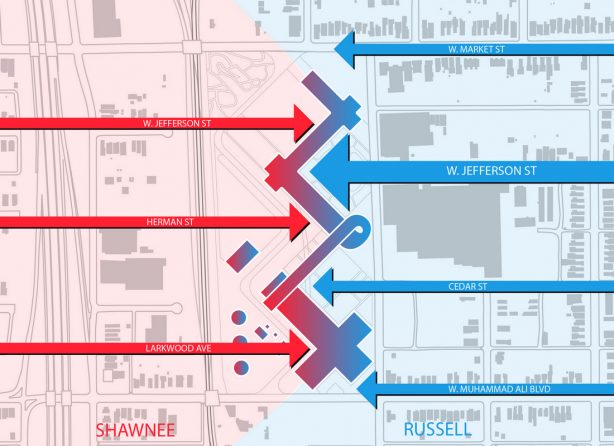 Located on a former tobacco plant at 30th St. between Market St. and Muhammad Ali Blvd., the project proposes a new model for the relationship between consumer and producer. 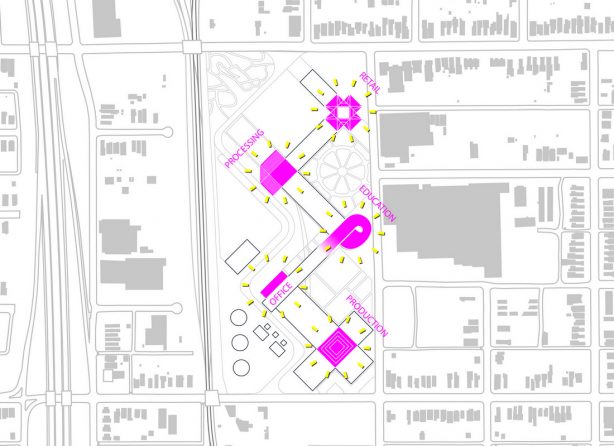 The design integrates several key programs that serve and provide for all stages of the food chain, including a kitchen incubator, urban farm, recycling facility and programs that will engage directly with the public such as classrooms, demonstration farm, and local retail. 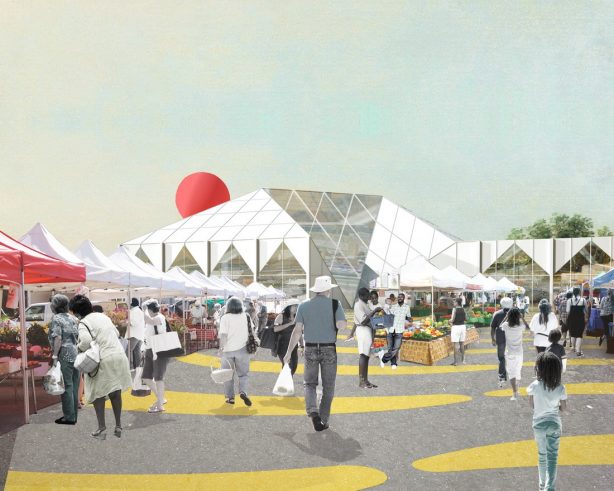 Outdoor spaces include a market plaza, food truck plaza, and an edible garden. The building is organized to allow for systematic expansion in the future. 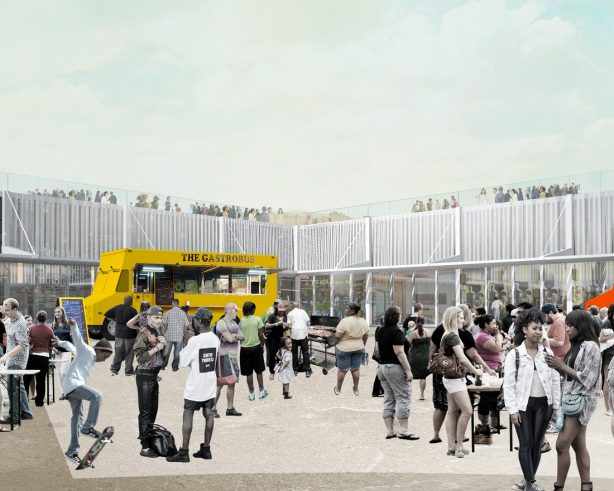 The West Louisville Food Port is projected to be a 50 million dollar investment, and create nearly 200 new jobs. Groundbreaking is expected for late summer of 2015, with businesses opening in phases.