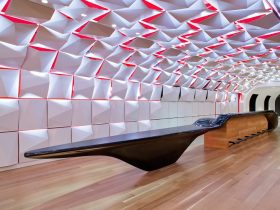 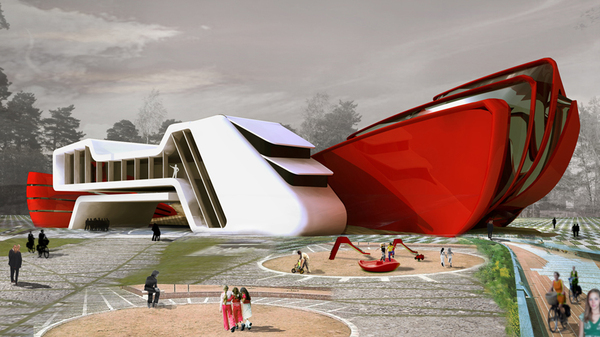 This Project “Stockholm Nordic Crescent”  designed by D’arc Studio+Rosa Topputo. Stockholm Nordic Crescent (Europan 9 contest)Nacka Forum is a peripheral area to Stockholm. Its main limit to a future development is that it is placed beside a highway border. But this is now impossible to renounce and, waiting for a possible cover of the highway, we have to plan an integrated system between the area and the highway, connecting the north side with the south side by a ?social? bridge that will be a part of a new infrastructural system. This is not only a transit bridge; it is a focal element for social exchange, it is a kind of narrow square where it is possible to walk, riding a bike, or to take a rest on the wooden surface. This bridge is part of the main building, Multiarena, that is an urban sign, giving a strong character to the area that now is anonymous. 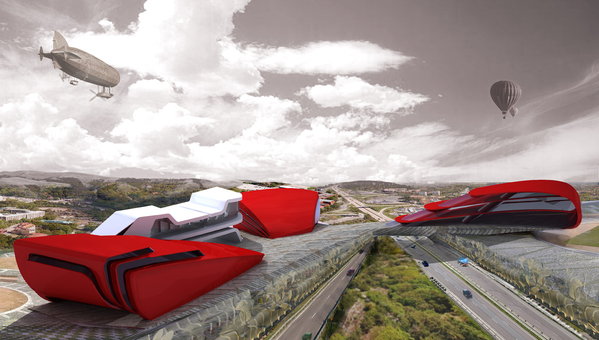 This character means an identity, a social personality since all the functions that are housed there involve social relations: ice rink and sports hall, library, youth and elderly centres, football fields (on Ryssbergen area) and, in front of the Multiarena building, the main square, divided in three parts by various functions and a ground pattern. This new public space will be placed by the foot of the new city Park of J?rlah?jden: from the south it is linked by pedestrian road and bike tracks and from the eastern part of the square the dwelling part with private green areas will be placed as so it will be integrated in the public space, mostly consisting of green spaces and equipped tracks for bikes and people.

There will be two new areas for shopping and a workshop on the south side, close to Nacka Energy building, but a shopping mall is not the only way to create interest in people, instead government and private companies have to collaborate to create a mix of functions that can attract the customers for different reasons. As an example to this the new Museum and conference hall will house not only the traditional activities linked to a museum (bookshop, cafeteria etc.) but even an art school, a dance school, two restaurants and a shopping galleria. The spaces in this building are planned to house various activities so in the future it is possible to change function. In the south east part, we expect to realize an office building 18 floors tall where studios for private professionals, private companies, and social services can be placed.