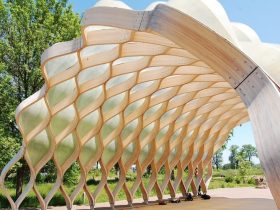 The new Espacio Miguel building hosts the Universidad Popular, the headquarters of the PhotoEspaña International Centre in Alcobendas, as well as a media library and a citizen’s advice service of the City Council 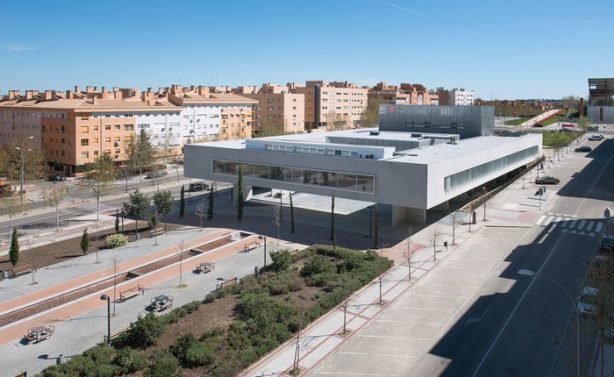 Inaugurated with the name of the famous Castilian writer Miguel Delibes, the new building is erected on 6,000 square meters in the Avenida Pablo Iglesias of Alcobendas, one of the youngest areas of the city. This results from the express will of the developer to create an open and dynamic centre so as to generate a singular volumetry.

Rafael de La-Hoz proposes a building with three bodies that clearly differ from each other but are completely interrelated: a glazed cube, a massive volume of greater height and a horizontal perimeter crown, which rises from the ground and creates another space, a place of convergence and exchange. 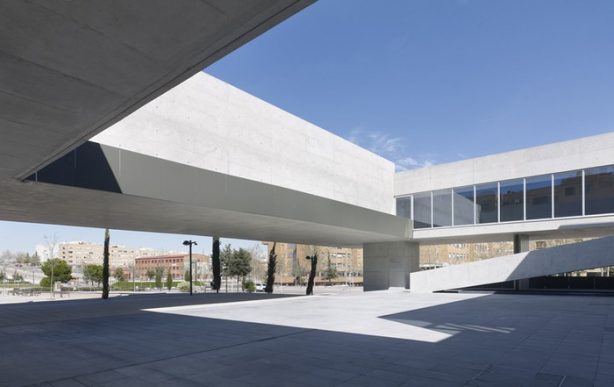 The gap generated by the perimeter crown forms a large void, a spacious patio in which the other two volumes are inserted, leaving spaces filled with air and light between them. This results in two opposed patios in terms of size, proportions and orientation. The bigger one is a landscaped and sunny winter patio. The second is a vertical summer patio that provides shade in the summer. 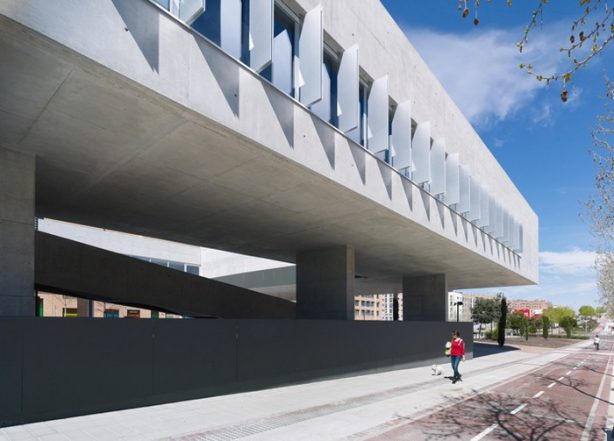 The glazed central volume represents the core of the concept. It will host the multipurpose hall on the ground floor and the general vestibule of the building together with the exhibition and rest area on the first floor. Its centred position in the complex, between the two patios and tangential to the perimeter volume, turns it into an isolated body which, thanks to its crystalline materiality, looks like a huge night lantern from the outside. 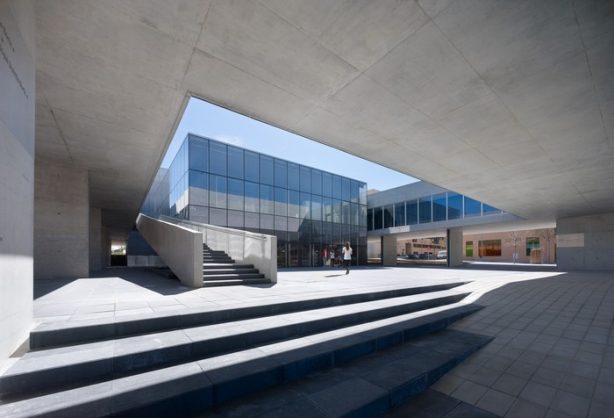 The perimeter crown includes the lecture halls and workrooms of the University. The citizen’s advice service (SAC), the PhotoEspaña International Centre, the teacher’s room and the direction are included in the massive volume. 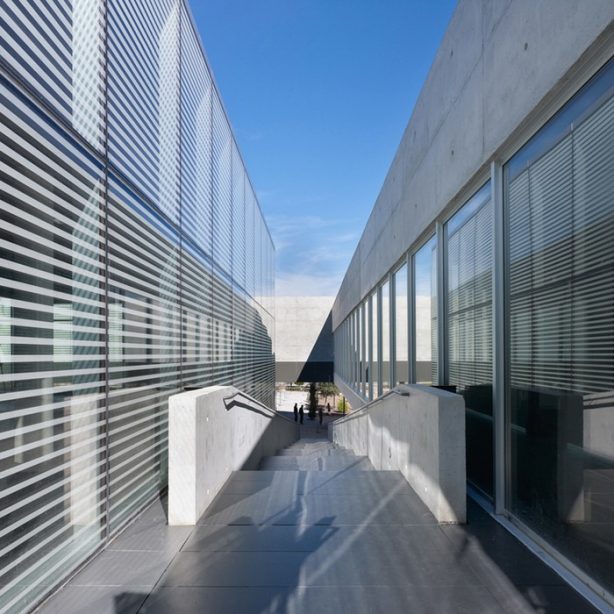 Each of these volumes have independent use and access from the street. They can thus be used at different times and in different ways, which allows for a completely flexible use of the complex. 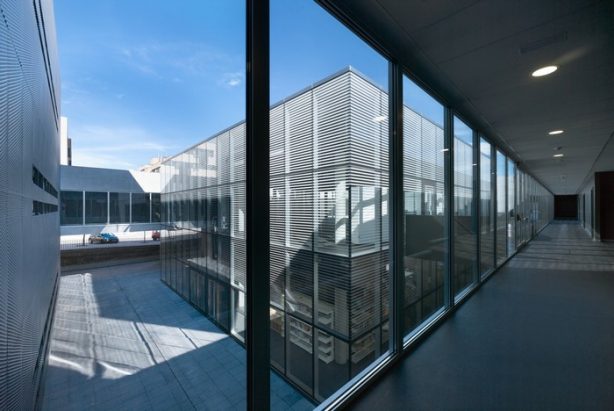 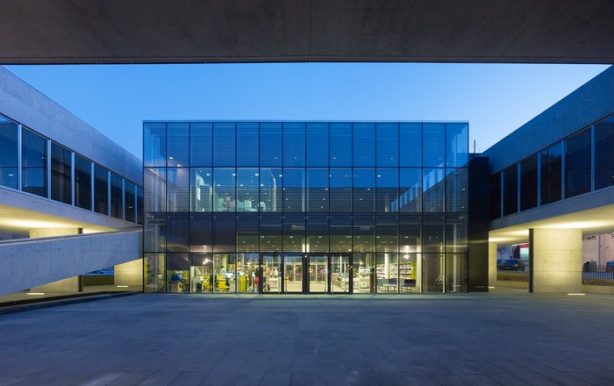