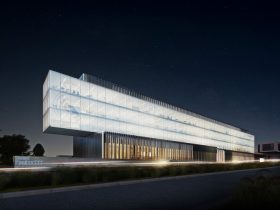 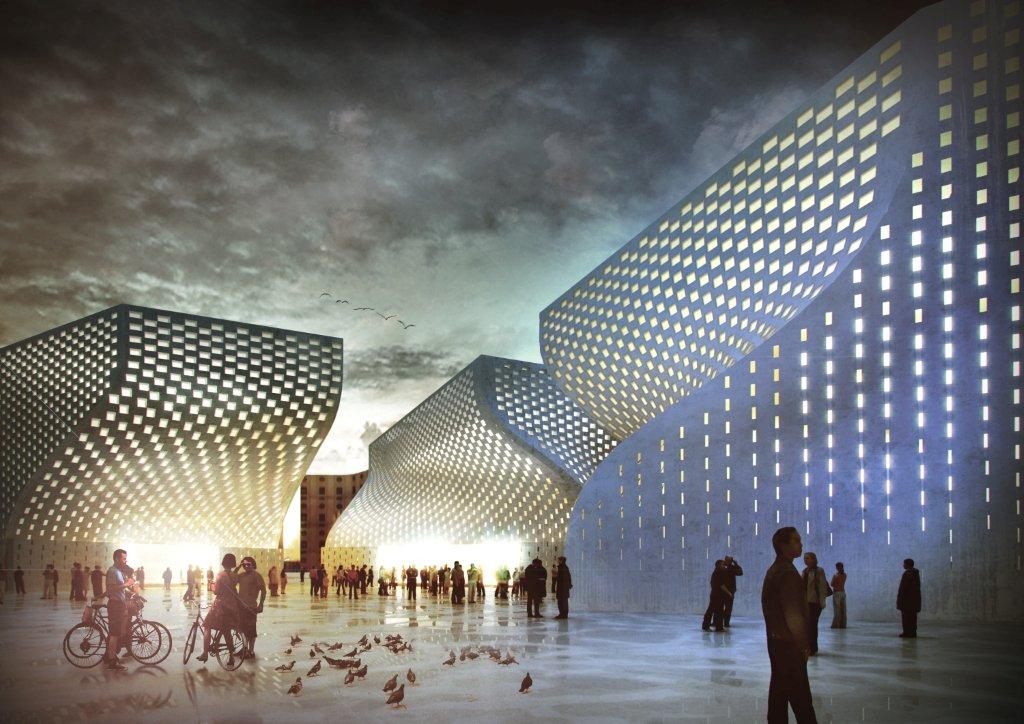 MAY 4TH, 2011 – BIG WINS THE COMPETITION TO DESIGN A MAJOR CULTURAL CENTER IN ALBANIA

BIG, Martha Schwartz Landscape, Buro Happold , Speirs & Major, Lutzenberger & Lutzenberger, and Global Cultural Asset Management are today announced as the winning team of the international design competition for a new 27.000 m2 cultural complex in Albania, consisting of a Mosque, an Islamic Center, and a Museum of Religious Harmony. 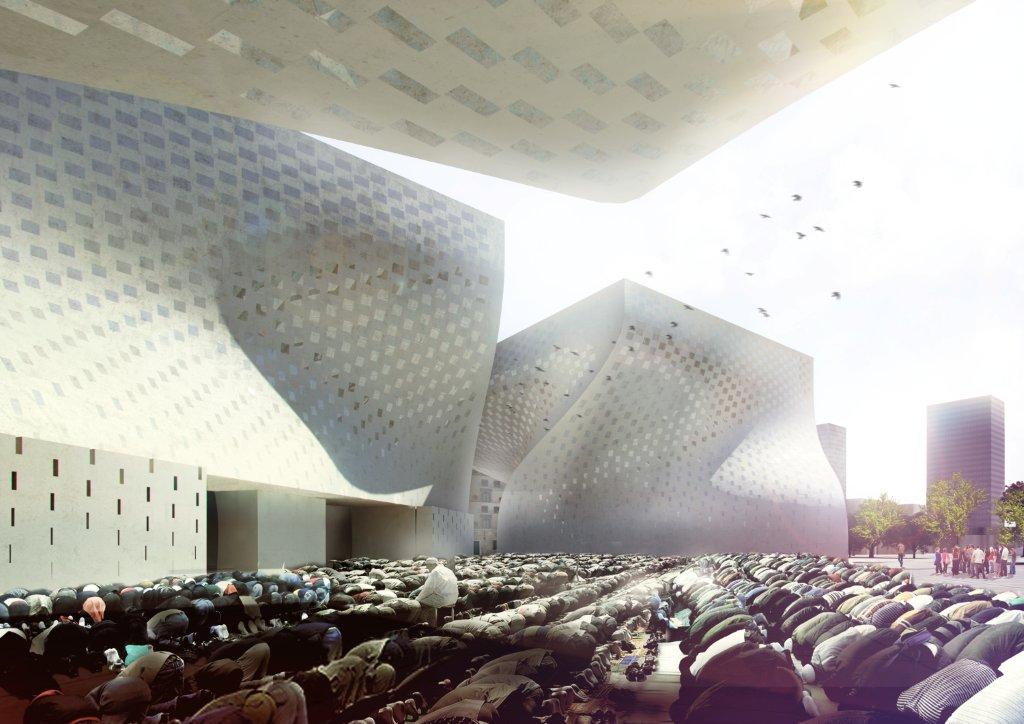 The Mosque and Islamic Center of Tirana from BIG on Vimeo.

The capital Tirana is undergoing an urban transformation which includes the restoration and refurbishment of existing buildings, the construction of a series of new public and private urban structures, and the complete reconceptualization of Scanderbeg Square. This important square is the site of the new cultural complex that will consist of a Mosque, an Islamic Centre, and a Museum of Religious Harmony.

Albania is the crossroads of three major religions: Orthodox Christianity; Catholicism; and Islam. With the recent completion of two new churches, all three religions will now have new places of worship in the heart of Tirana. The complex will not only serve the Muslim community of the city and surrounding areas, but will educate the public about Islamic values and serve as a beacon for religious tolerance. 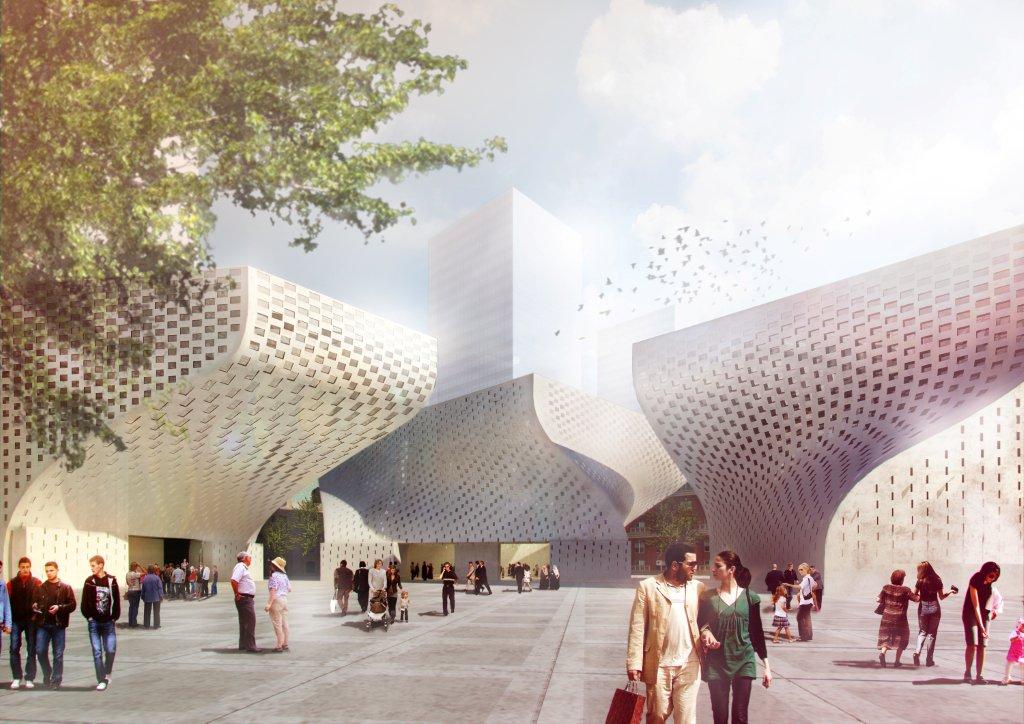 “The winning proposal was chosen for its ability to create an inviting public space flexible enough to accommodate daily users and large religious events, while harmonically connecting with the Scanderbeg square, the city of Tirana and its citizens across different religions. Additionally the project shines through its beautiful garden surrounding the new Mosque and Center of Islamic Culture which symbolically features the rich vegetation described in Islamic literature. Finally the team’s awareness of the economic aspects of this important development will contribute to a successful realization of this project.” Mayor of Tirana, Edi Rama.

The buildings’ forms emerge from two intersecting axes and formal requirements: the city grid of Tirana which calls for the proper framing of the square and a coherent urban identity, and orientation of the Mosque’s main wall towards Mecca. BIG’s proposal incorporates Tirana’s grid by maintaining the street wall and eaves line, yet rotates the ground floor so both the Mosque and the plaza face the holy city of Islam. This transformation also opens up a series of plazas—two minor ones on the sides of the Mosque and a major plaza with a minaret in front—which are semi-covered and serve as an urban extension of the place of worship. By turning the mosque inside out and bringing the program and qualities of the Mosque to a public arena, the religion becomes inclusive and inviting, and the cool shaded urban space can be shared by all.

“This project is very significant for us for two reasons: Firstly it is a privilege to contribute to the ambitious rejuvenation of Tirana City – especially since it is happening not by the random accumulation of singular monuments – but rather in accordance with a careful and considerate holistic master plan. Secondly and perhaps most importantly –religious tolerance is one of our greatest challenges today– politically, culturally and even urbanistically. With the construction of the New Mosque of Tirana, The Islamic Center and The Museum of Religious Harmony – Tirana will reestablish the equilibrium by adding a mosque to the newly completed Orthodox and Catholic Cathedrals – making Tirana an example for the rest of the world as a global capital of religious harmony”, Bjarke Ingels, Founding Partner of BIG. 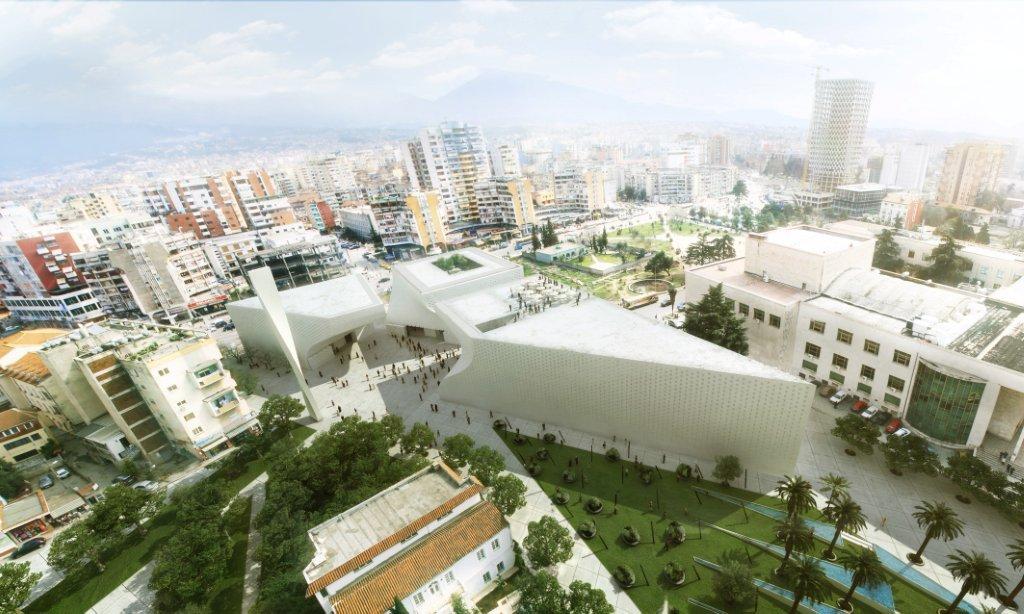 The mosque can accommodate up to 1,000 people performing their daily prayers. Through the unique layout of courtyards and public space, the mosque can also expand to accommodate larger groups of 5,000 on Fridays and up to 10,000 on special holy days. The facade with the multitude of rational, rectangular windows finds its inspiration in Islamic mashrabiya screens, which provide shading and privacy while still allowing views out. The light qualities of the mosque will change dramatically throughout the day as the light washes across the curved facades.

“The alignment towards Mecca solves the dilemma inherent in the master plan – in its triangular layout the mosque was somehow tugged in the corner – now it sits at the end of the plaza – framed by its two neighbors. The resultant architecture evokes the curved domes and arches of traditional Islamic architecture – for both the mosque itself and the semi-domed spaces around it”, Thomas Christoffersen, Partner-in-Charge, BIG.

The design also includes The Quran Gardens containing all of the plants mentioned in the Quran in the same amount as the number of times they appear in the holy scripture. 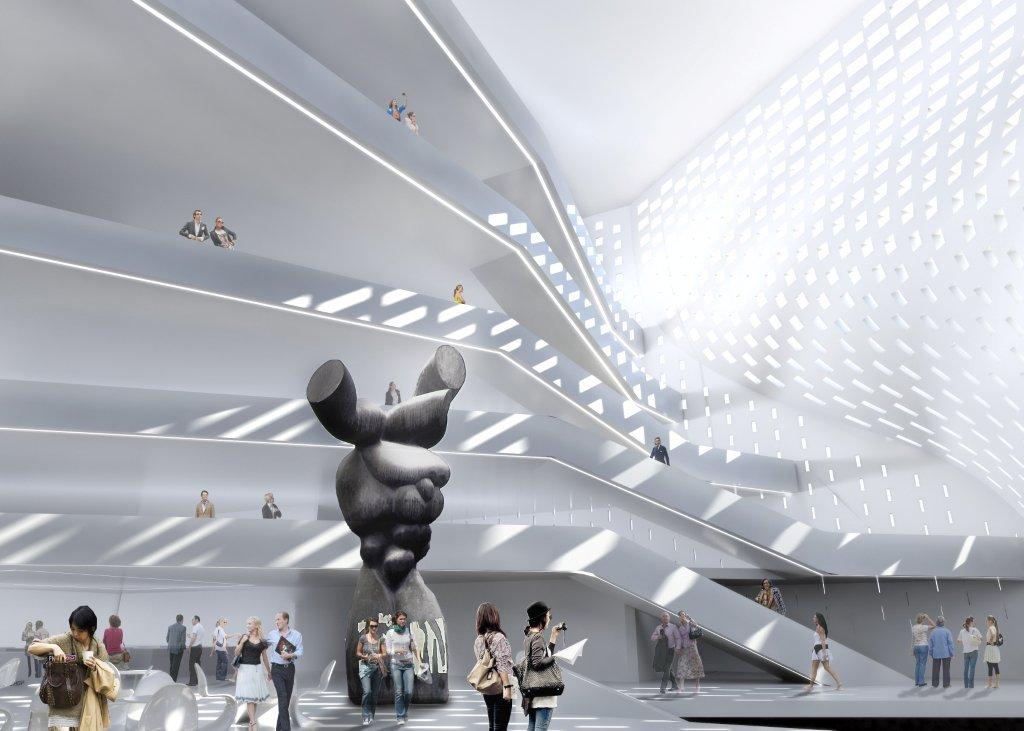