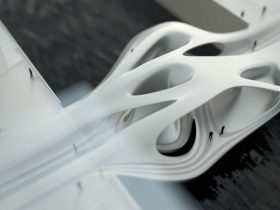 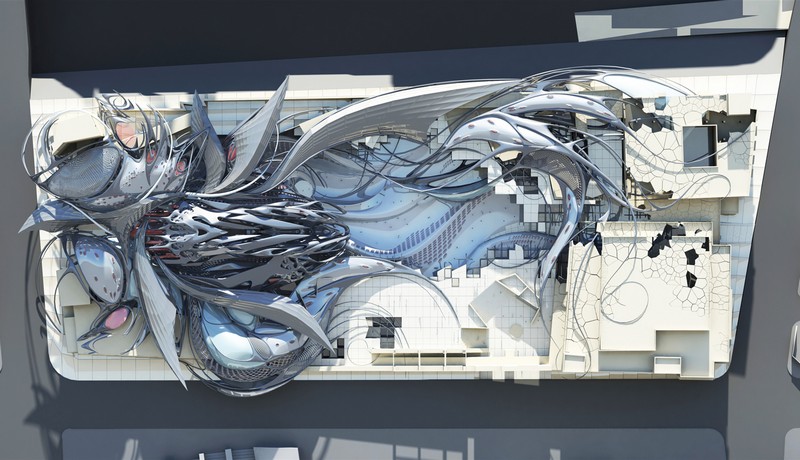 California Bionic Cathedral via MEI+GAO, is beyond the conventional architecture, it’s a study of form eternity and intricacies.

California Bionic Cathedral which is designed by the architects Xiaofeng MEI and Xiaotian GAO for our Lady of Angels in Los Angeles, California is based in its concept on the Bionics on one hand, through out deconstruction and reconstructing of a series of Bionic cells which develop their own logical ordering and grouping in a hierarchy to control different levels of form intricacies and aesthetics, while on other hand is based on the spiritual forces of the abnormal design. 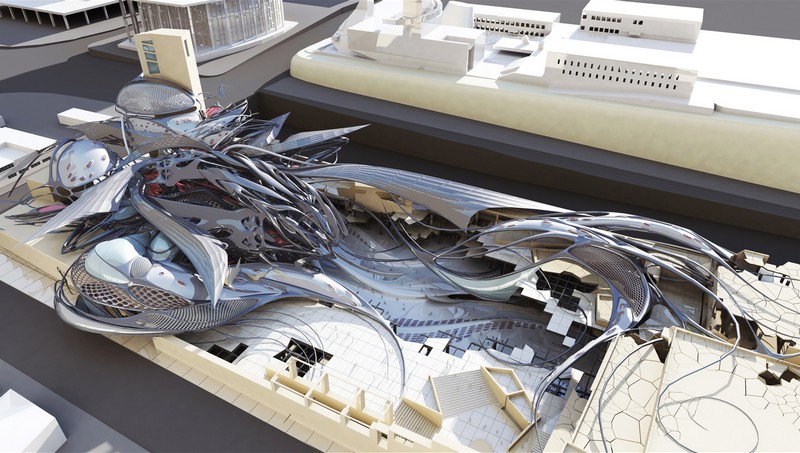 The architects depict California Bionic Cathedral as being inspired by two main motifs (themes), specifically, the first one is concerning an ancient symbol of Christianity which is the fish (Ichthys) in Greek , and its particular parts like (Bones, Suko, Gills and others), extracting and morphing of a biological body in a way to achieve that element that would be the main framework. 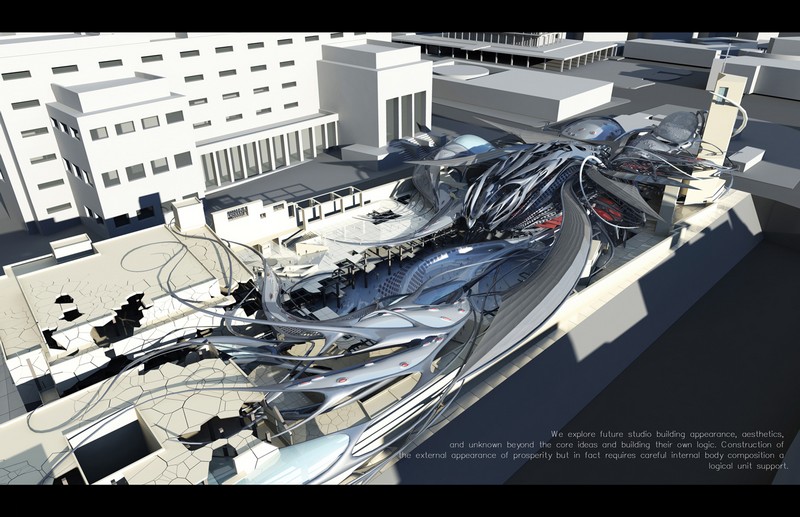 The second one is about the divine presence and the religious beliefs in the spiritual space of the California Bionic Cathedral, The exploration of the spirit of building is the basic method and necessary mean to study how to combine the modern architecture and ultra-modern architecture together. 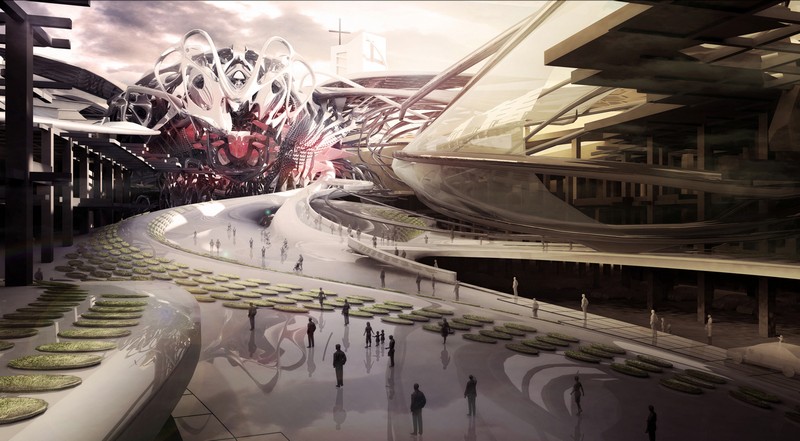 The architectural opulence mien of the external look of the California Bionic Cathedral, is therefore requires a wary looking about morphing these biological elements by logic, In this project, I mainly studied the formation and variation of single cells as well as a series of gradually combined into a system derived from logic. 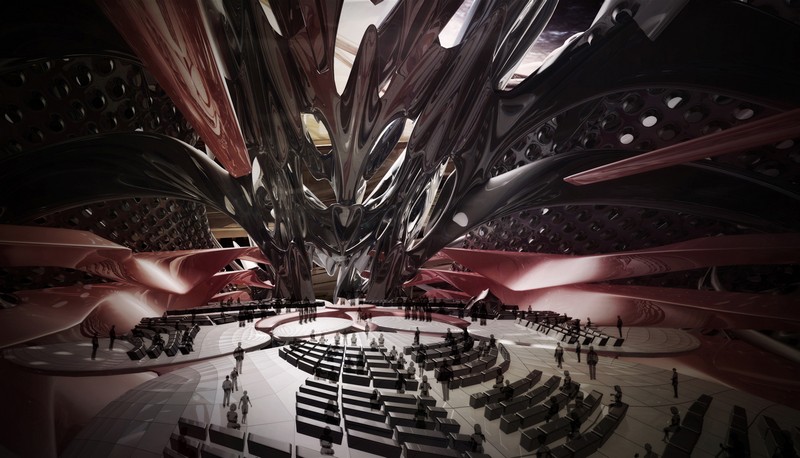 At all stages, a power expansion of the complexity has been formed from the body itself, the logic of variation and composition. Meanwhile, I also sought to control the hierarchy of overall complexity and coherence in order to achieve complicated and orderly aesthetic coexistence of interaction scenarios. This is the original intention of bionics or architectural aesthetics that are tending to nature because nature is the most complex biological interpretation of synthetic organisms. 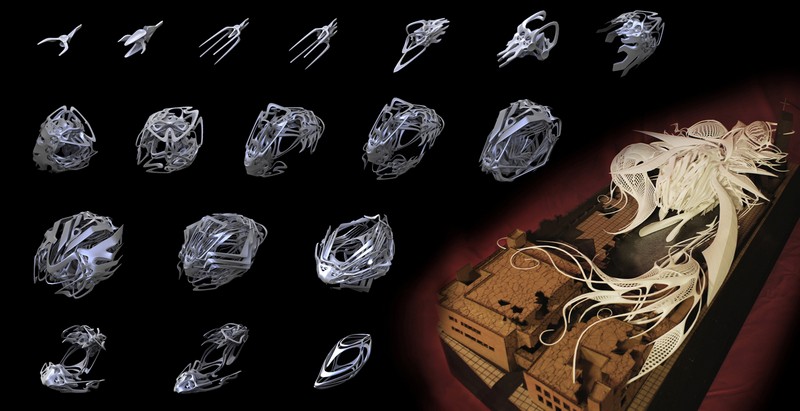 At any one area, theory would be far beyond the practice, which is the prerequisite for everything to constantly update and evolve, also in the architecture field. The imagination of future architecture and Utopian city continued to the present from the last century. Here, the architecture abandoned the totalitarian and inherit the anti-totalitarian Utopian tendencies, focusing on the nature and the spirit of liberalism. 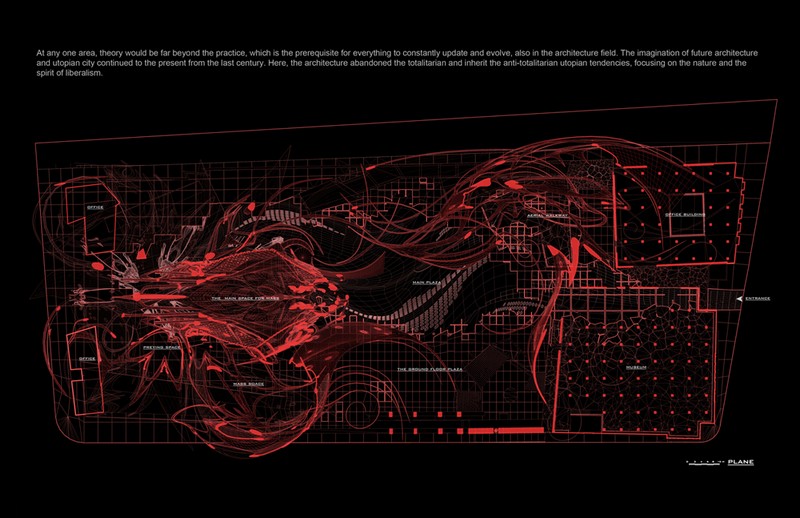 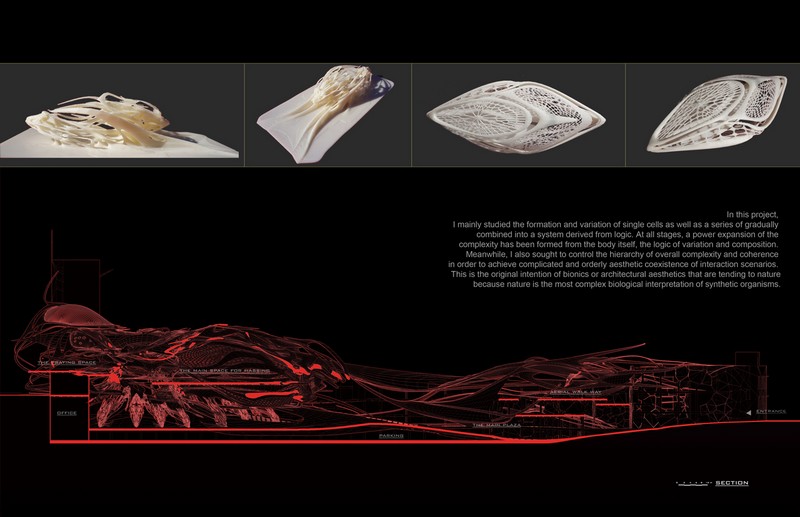