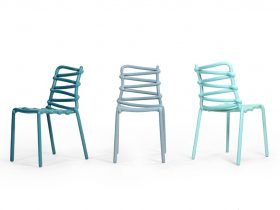 Creators of a new bricklaying robot say its purpose is to leverage human jobs, not entirely replace them.

A New Construction “Bricklaying Robot” Lays Bricks 3 Times as Fast as Human Workers. Construction workers on some sites are getting new, non-union help. SAM – short for semi-automated mason – is a robotic bricklayer being used to increase productivity as it works with human masons.

In this human-robot team, the robot is responsible for the more rote tasks: picking up bricks, applying mortar, and placing them in their designated location. A human handles the more nuanced activities, like setting up the worksite, laying bricks in tricky areas, such as corners, and handling aesthetic details, like cleaning up excess mortar.

Even in completing repetitive tasks, SAM still has to be fairly adaptable. It’s able to complete precise and level work while mounted on a scaffold that sways slightly in the wind. The Bricklaying Robot can correct for the differences between theoretical building specifications and what’s actually on site, says Scott Peters, cofounder of Construction Robotics, a company based in Victor, New York, that designed SAM as its debut product.

“In construction, your design will say that a window is located exactly 30 feet from the corner of a building, and in reality when you get to the building, nothing is ever where it says it’s supposed to be,” Peters says. “Masons know how to adapt to that, so we had to design a robot that knows how to do that, too.”

In its current iteration, the system is best suited to work on large swaths of flat walls, most commonly found in projects for universities, hospitals, and other large sites. But some amount of detailed work isn’t beyond the system’s abilities. SAM can emblazon a company logo in brick on a wall, for instance, by following a pixelated map of the image. It can also bump bricks in or out by about half an inch, to create a textured look to a wall face.

The Bricklaying Robot is able to do all of this using a set of algorithms, a handful of sensors that measure incline angles, velocity, and orientation, and a laser. The laser is rigged up between two poles at the extreme left and right sides of the robot’s work space, and moves up and down the wall as work progresses to act as an anchor point for the robot. Without this, the robot would not know exactly where to lay brick, or how to assess its motion on the scaffold relative to where the wall is.

Also in the family of robot construction workers is an Australian-designed machine called Hadrian, which can purportedly build a house made of 15,000 bricks in about two days. Hadrian, however, is still a prototype, while Construction Robotics will do its first limited commercial release of SAM this fall. Three units are for sale, each with a price tag around half a million dollars. With this cost in mind, Peters stresses that this kind of system will have the most payback on major commercial projects. 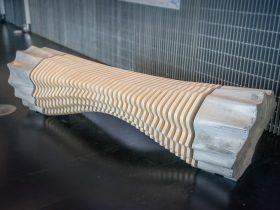 A Parametric From Design for the "FLUIDITY Bench" based on the latest Robotic fabrication technologies. designed by Tianzhu Zhang. 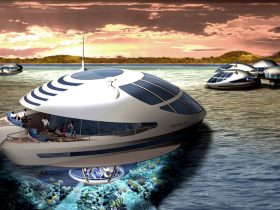 January 24, 2016
Load More
Join our Newsletter
Start receiving our content monthly in your email.
Give it a try, you can unsubscribe anytime.