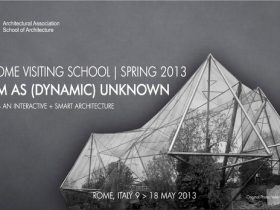 ZHA: Our vision for the new convention centre reaches beyond the mere building, aiming at the creation of a new business and civic node for the city of Bogotá that embodies values of functionality, interactivity and innovation, and can act as a catalyst for urban, social, economic and environmental regeneration. The project presents an opportunity to structure a dynamic concept of building and public space, configuring a new urban order with significant improvements to the site’s technical, environmental and public space conditions. watch this video:

Within the site’s demise, the design will seek to articulate, complement and integrate, as necessary, the new Convention Centre with both, the Exhibition Centre and the Bogotá Water and Sewage Company Buildings. This can be achieved in various levels, which will range from the association/affiliation of its relevant programmatic areas to the integration of its public and green spaces.

A redefinition of the ground mass as a continuous landscape that seamlessly weaves between the different site components can create a cohesive network of fully integrated facilities. The proposal explores the potential of different visual fields within and around the site in an attempt to maximize the openness and therefore its perceptive scale without limiting the openness of the site.

This is attained by drawing visual fields from strategic locations towards the ‘cerros orientales’ (eastern mountains) and the Sanctuaries of Monserrate and Guadalupe, key landmarks of Bogotá, serving not only as an orientation device to the visitors, but fundamentally providing strong references to the city from critical corners of the proposal. The incorporation of a virtual topography provides a zoning plan where the floor area ratio can be increased without limiting the openness of the site.It is the aim of our proposal for the new Convention Centre to create strong links with the surrounding context, which can then be translated into synergies for the development and the area. The close proximity of new infrastructures such as the Water & Sewage Company, the redeveloped Corferias campus and the car park buildings present the area with a unique opportunity for the creation of an important civic hub consisting of a series of public spaces with the potential to thrive as a new centrality for the city.

With this in mind, the proposal plans to exploit two main axes: the relationship between the new Centre and the Water Plaza and the connection between the car park and Corferias. The symbiotic relationship between the BICC, the Water Plaza and Corferias, drives and determines the arrangement of the building mass. By shifting it towards the Carrera 40, the building opens up towards the EAAB building’s podium, placing the public space at its core and providing a strong spatially integrated civic space by complementing the Water Plaza with an area where community events can be staged at. The integration and consolidation of this space opens plenty of possibilities for setting-up entertainment activities, which can complement the exhibition and cultural uses.

By elevating this public space, the proposal addresses the other main axis of connectivity that are presented by the car park building and Corferias, giving way to a covered podium or plaza that is further articulated by reaching out to Carrera 40, as a focal point for pedestrian access, and inserting public programme at the roof by means of a roof terrace and a café / bar. The space created allows for multiple threads of pedestrian movements to be pulled through the site and buildable area, effectively composing an interface of movements-paths that carve into the building mass.

More Renders, Sections, and Plans below, Click on image to Enlarge: