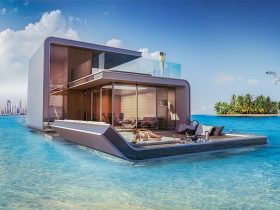 Badshahpur is located in Gurgaon – one of the largest cities in the Indian state of Haryana, and a major satellite of Delhi.  Gurgaon has experienced rapid development over the last 20 years; attracting both regional and global institutions to its infrastructure offering, proximity to the Capital, and for its growth as a hub of information technology, research and development, and engineering.  This success has come with the support of a growing number of technology-geared educational institutions in and around the state.

The Badshahpur IT Park is a campus of ten buildings, set across a sinuous series of adjacent plots of varied ownership.  The challenge was to create a common identity across the site, a hierarchy of amenity spaces, and a strategy for future expansion (or contraction) of the campus.  The ambition was to create a vibrant and inclusive work environment that meets the expectations of today’s IT graduate candidate / employee, and the employers that seek to attract the same talent.

External finishes and the landscaping layout use a common language to create distinct identities for groups of buildings.  Mimicking the sinuous nature of the site, a series of ribbon forms navigate the campus defining a series of outdoor areas – smaller areas servicing a cluster of buildings, and larger, delivering functions for the campus as a whole.  The largest space sees the ribbon forms converging to create annexes and spill out areas for the campus canteen, fitness gyms, nurseries and similar amenities.  Smaller outdoor spaces offer simpler functions such informal meeting and greeting areas, as well as shading and seating for groups or individuals.

Planting as well as each of the ribbons that travel across the site create an individual identity to various areas of the site, and therefore establish a form of passive way-finding between the buildings of the campus.  Having the elevations of the buildings mimic the forms within the landscape would hopefully assist in making the landscape become part of the work environment – a place to have informal discussions, or take walking breaks from workstations.

Building heights vary across the overall site owing to its make up from sub-plots and ownerships.  Equally building footprints varied in response the sites undulations.  It was necessary to create a flexible façade module that would work across the varying buildings such that they would all read as a family, whilst also responding to opportunities such as views across the site, the creation of bridge links between buildings, and key vistas from road level approaches.  The resultant design of elevations seeks to split the masses of the buildings into two intertwined volumes – one of stone, and one of glass – thus allowing common masses across the varying scales of building.

A number of modular cladding components (based on a 1500mm width) were developed to offer deep reveals (to building faces prone to solar gain), curtain walling, balconies, etc.  The overall mass of the building forms was reduced by the articulation of these components, also creating an opportunity to reiterate the ribbon forms and concepts within the landscape.  The result is that the intertwined volumes continue across the buildings of the site as if pieces of a larger volume.

Interlayers to the double glazing of the curtain walling again reduce solar gain; the same interlayers have varied opacities to create variation across the façade, with the opportunity to create large super graphic imagery across the faces of the buildings. Internally, blinds and operable windows allow additional passive control over the working environment.

The deep reveals and flush spandrel units [across the curtain walling] allow the facade lighting fixtures to be discreet and protected from local dust-storms. Similarly, the detailing of the facade attempts to design-out gaps and ledges (whilst considering local building tolerances), in order to reduce maintenance.

The forms and themes continue into key interior areas of the scheme, where reception desks, waiting areas, and way-finding, embrace the themes within the architecture and landscape.

The client’s aim was to bring concepts that exist in some of the campuses of the West – from the hot beds of technology and innovation in California – to the meet the growing demands of the expanding Indian IT sector.  The Badshahpur IT Park creates a unifying architectural concept around the amenities, open working environments, creating pathways, plazas and break-out spaces.  A place that global visitors will recognise as a modern international working environment, where regional talent can flourish, and new ideas can be generated and shared.