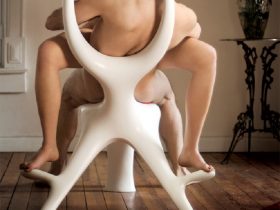 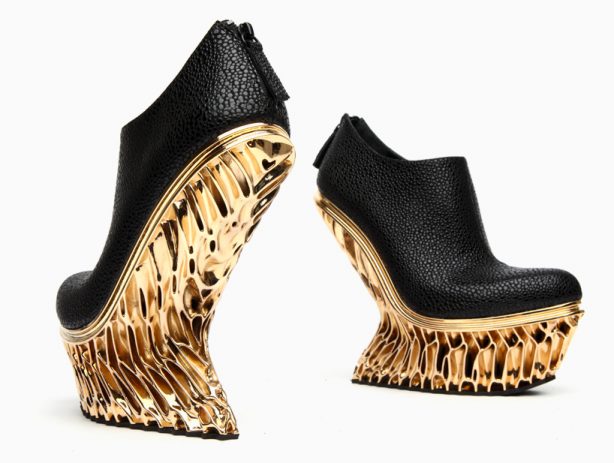 Francis Bitonti Studio has teamed up with United Nude and 3D Systems for the release their collection Mutatio. The collection includes a shoe developed in collaboration with United Nude. The project is a speculation on the future of customization — each shoe in the edition is unique generated by an algorithm developed by the designer. “It’s not so much about making something customizable. I wanted to think of a product as an algorithm,” says Francis Bitonti. Each shoe in the edition is uniquely generated by varying inputs to a computer application we developed in the studio. The same software and algorithms were used to generate an accessories collection to be manufactured by 3D Systems and released this fall. The collection mixes both new and traditional crafting techniques. The heel of the shoe is 3D Printed so that each one can be unique and plated with gold and finished with a leather upper. 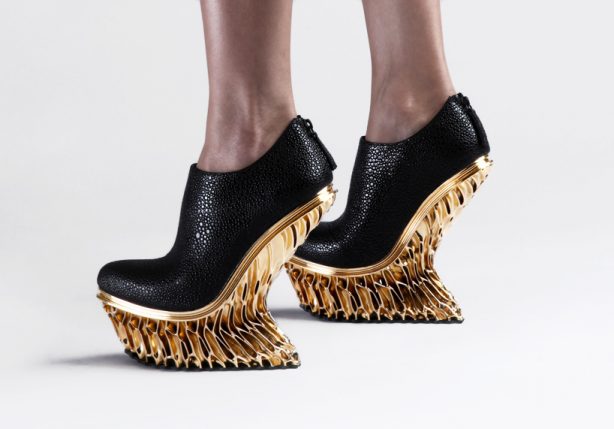 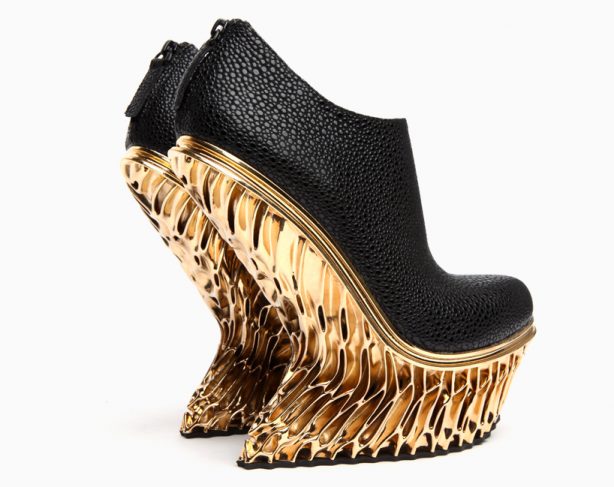 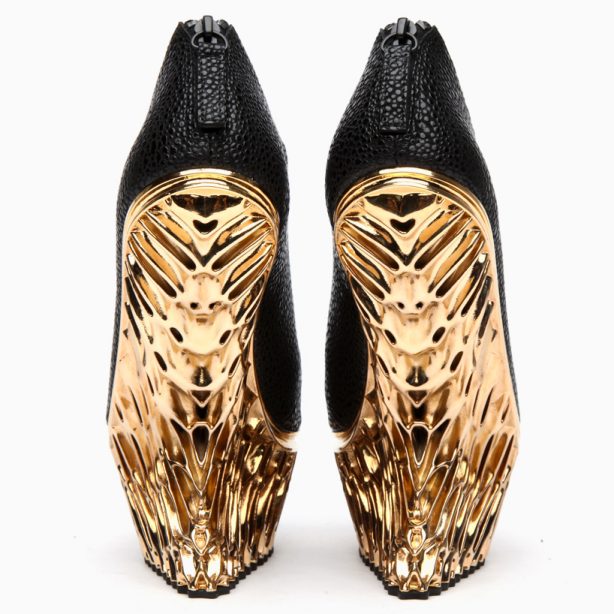 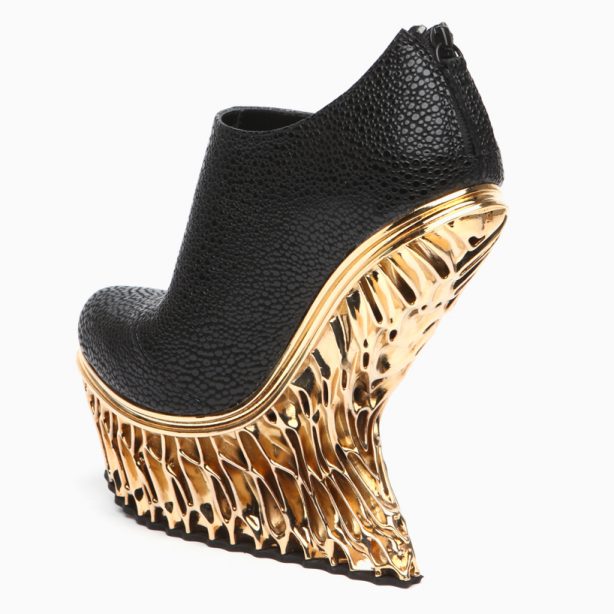 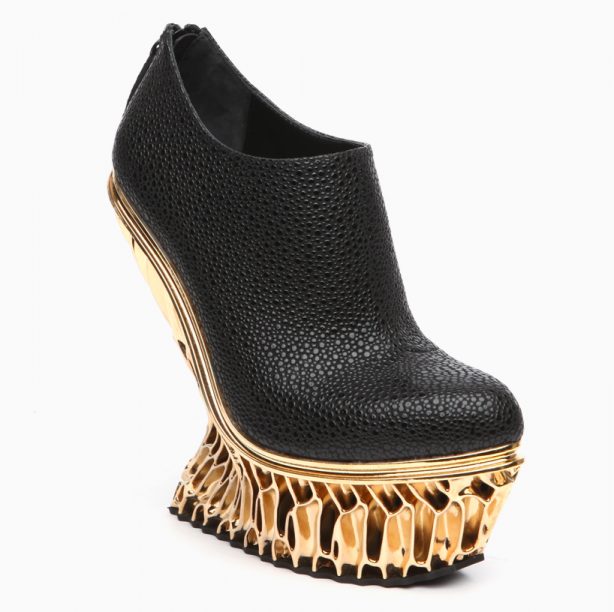 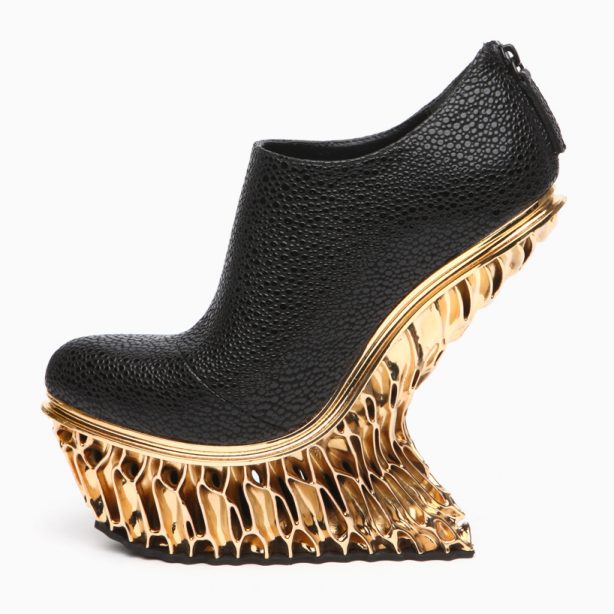 Looking to the future of manufacturing, mass customization, Bitonti sees computational design methodologies and additive manufacturing processes as opportunities to create new aesthetic languages for our built environment. Francis has pioneered a number of techniques for 3D Printing cellular textiles and has made advancements in the field of multi-material printing. His vision is pointed towards a manufacturing future for the information age. The work he has done with Francis Bitonti Studio pushed additive manufacturing to it’s material limits. Applying that vision to every project his self-named design studio takes on.

The UNITED NUDE story started with a broken heart. Rem’s attempt to get back the girl was made by downsizing architecture to its smallest and most vulnerable scale, that of a woman’s foot. While most romantic notions often prove foolish, what was hatched through romantic inspiration would go on to become a reality.

In 2003 UNITED NUDE launched the Möbius shoe, which since then has been recognized as a design-classic and while the brand became the leader in architectural footwear.

UNITED NUDE has positioned itself at the intersection of design and fashion and has gained international recognition for the brand’s creative work. Known for clarity, elegance and innovation, United Nude shoes are sold in over 40 countries, with flagship stores in Amsterdam, London and New York.