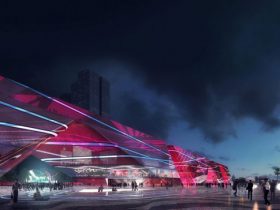 Museum of Tomorrow: A piece of floating architecture on the sea in Rio de Janeiro designed by Spanish architect Santiago Calatrava 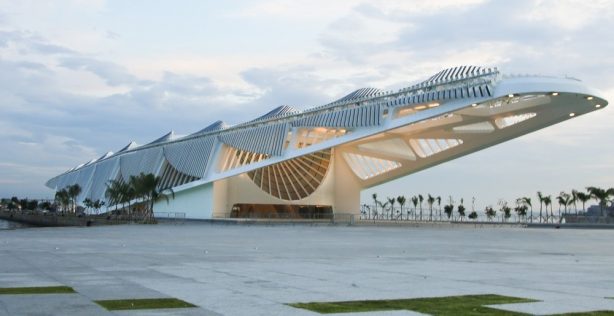 The Museum of Tomorrow is located on the Pier Mauá, a highly prominent site in the Port Region of Rio de Janeiro. The Museum and its surrounding gardens form a central part of the Porto Maravilha – Marvellous Port, the largest urban development project in the country and one of the urban revitalization commitments that the city of Rio de Janeiro made during its successful bid for the 2016 Olympic Games. 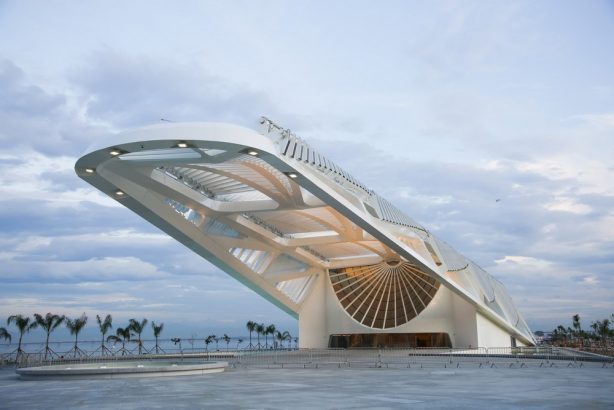 The Porto Maravilha Urban Operation encompasses the revitalisation, redevelopment and socioeconomic development of an area of 5 million m2, such as introducing a new standard for urban services, the implementation of selective trash collection, efficient street lighting, construction of sidewalks and bike lanes, as well as the planting of 15,000 trees. 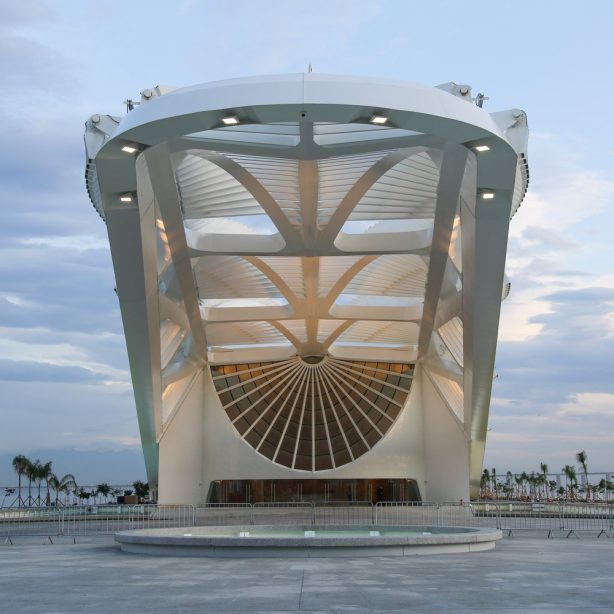 The revitalization of the port area in Rio de Janeiro will reintegrate it with the city centre. New cultural facilities such as the Tomorrow Museum will make it one of the most attractive areas of the city. Respecting and complementing the neighboring historic landmarks, such as the Mosteiro de São Bento do Rio de Janeiro, the Museum envelope is limited to a height of 18 m above the pier level. This permits an arrangement of the Museum’s program over two levels while retaining as much space as possible for the public gardens. 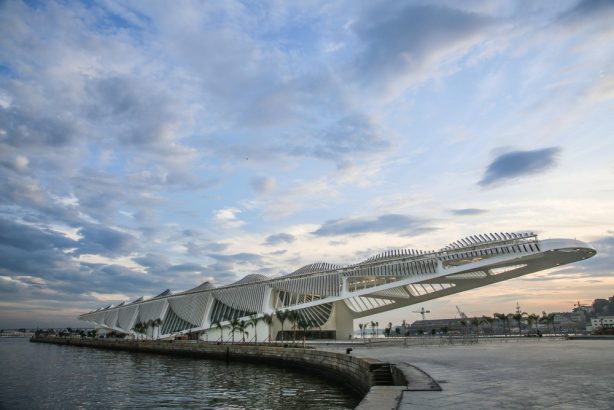 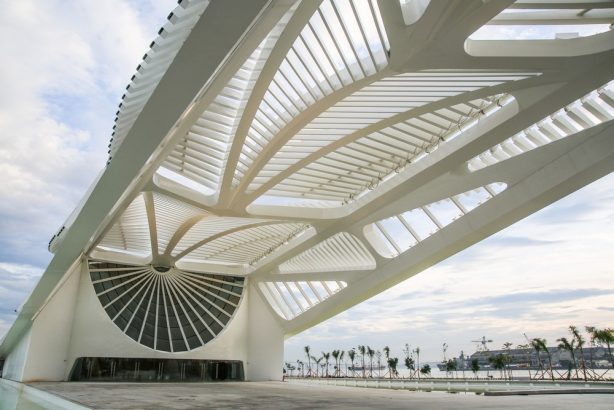 The lower level contains functional and technical rooms, such as the museum’s administrative offices, educational facilities, research space, an auditorium, a museum store, a restaurant, lobby, archives, storage and a delivery area. 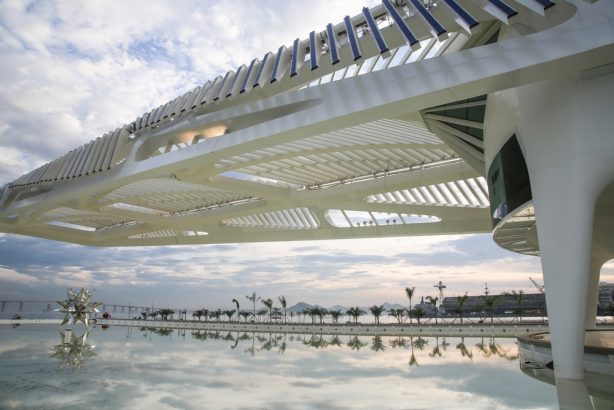 The cantilevering roof with its large mobile wings and the facade structure expand almost the full length of the pier emphasising the extension into the Guanabara Bay, while minimising the building’s width. A reflection pool surrounding the building on the outside—used to filter water that is being pumped from the bay and released back in from the end of the pier— gives visitors the impression that the museum is floating. 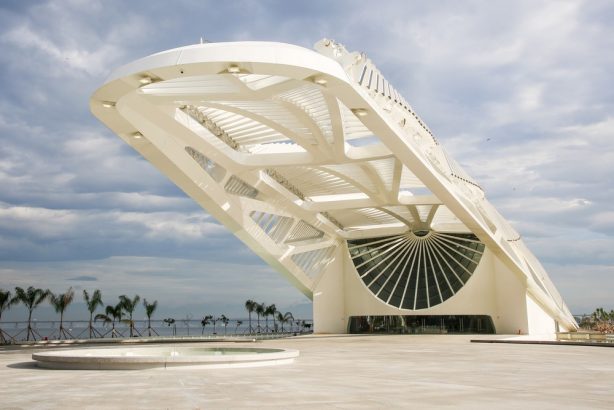 The building is orientated in the north-south direction, off-centre from the pier’s longitudinal east-west axis, maximising a continuous landscaping feature containing beautiful gardens, paths and leisure areas along the southern length of the pier. A park walkway around the perimeter of the pier will allow visitors to circumnavigate the Museum, while enjoying panoramic views of the Sao Bento Monastery and the Guanabara Bay. 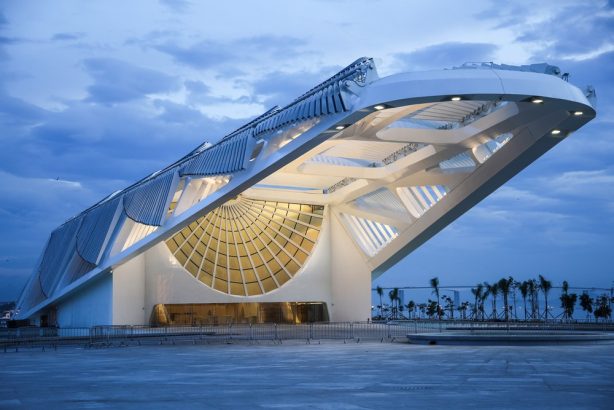 The building will operate by making use of the natural resources from the site itself; water from the nearby bay for air-conditioning the inside temperature, as well as solar energy collected through photovoltaic panels, integrated into the operable wing elements of the roof, that can dynamically adjust to the optimum angle of the sun. 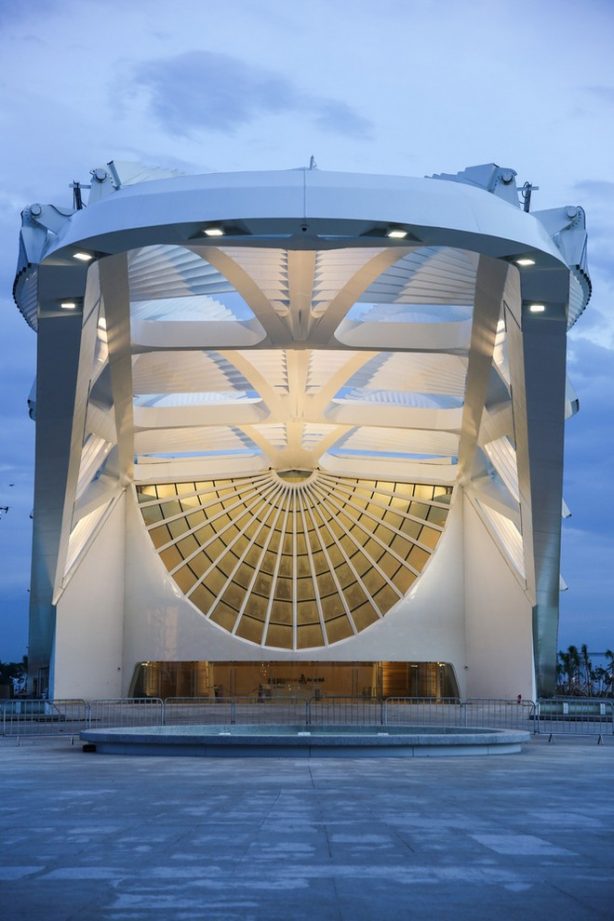 These features add to the sustainable approach of the project while also providing important educational values. In keeping with the surroundings, the design is bold yet respectful, strong yet graceful and bids to both enhance and integrate into the landscape. 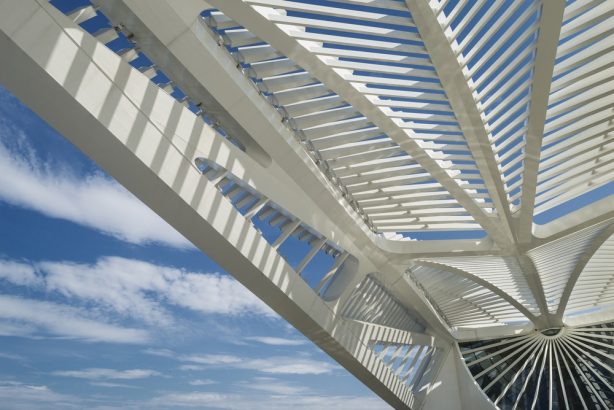 The Museum and its surrounding landscaping features are designed with the people in mind, to create a unique experience, arouse emotions and a sense of place through building shapes, materials, light and space that complement the Museum’s exhibitions. The museum was inaugurated in December 2015. On its first weekend open it received more than 25.400 visitors.

More images of Museum of Tomorrow in Rio de Janeiro: