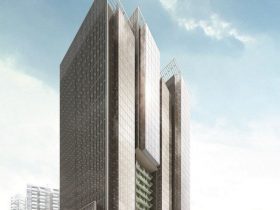 The marshes are located at the confluence of two rivers: the Tigris and the Euphrates. The picturesque wetlands with their golden slim reeds and houses built on floating islands have a history going back to the Sumerian civilization. The inhabitant “Madan” culture was formed by its coexistence with the marshlands, and their fascinating life style had been preserved for more than 5,000 years. For ages, they have navigated their villages by traditional mashoofs (canoes), raised buffalos, relied on fishing and agriculture, and planted rice, fruits, vegetables, and palm trees. Their houses were built of bundles of reeds and mud mounds called “kibasha”. These marshes were also known for their biodiversity and for being home for different species of birds.

The proposed design intends to provide a conceptual framework to organize the marsh communities of Southern Iraq into a modern and an economically viable entity while addressing most critical ecological concerns. While preserving the tradition of fishing and farming, the proposal recommends technologies to produce organic food and potable water, generate green energy, clean the marshes’ water, treat the waste, and even cultivate fish. It is conceived to inspire the indigenous people to be engaged in restoring the deteriorated ecosystem of the marshes to accelerate the return of people and the natural habitats.

The envisioned reed-like structures offer a self-sustained system and a productive economic model for the community, independent politically and economically. Vertical slim structures that vanish towards the sky while barely touch the landscape are interconnected within floating islands. These islands are dispersed in the landscape forming a pattern akin to the existing islands of the marshes. The four structures (Living, Work, Water, Green) have a symbiotic relationship where the survival of one is reliant on the existence of the other.

The four structures are made of light pre-fabricated components that can be erected quickly where needed with minimum impact on the environment. Their porous skin, inspired by the traditional principles of reed weaving, is generated using parametric modeling to adapt to the natural forces of wind and sun, and to compliment the porosity of the landscape.

The weaving elements of the skin encapsulate tubes that take the water through a capillary system from the marshes upward. The skin functions as a filtration system to clean the marshes water. Woven between the main structural tubes are solar members in the form of operable fins that automatically control the porosity of the skin and regulate the exposure of internal spaces to the sun and wind. Their adaptive movement changes the appearance of the structures throughout the day and the seasons. The four structures are connected at the water level with a seashell-like base where common amenities are located.