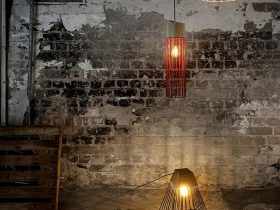 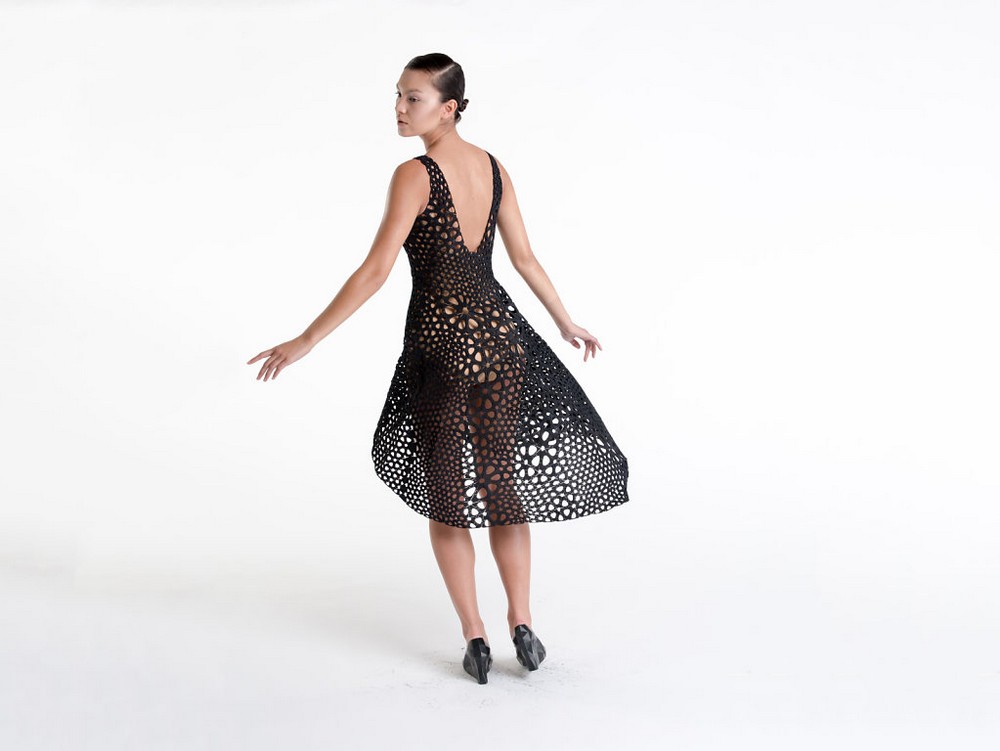 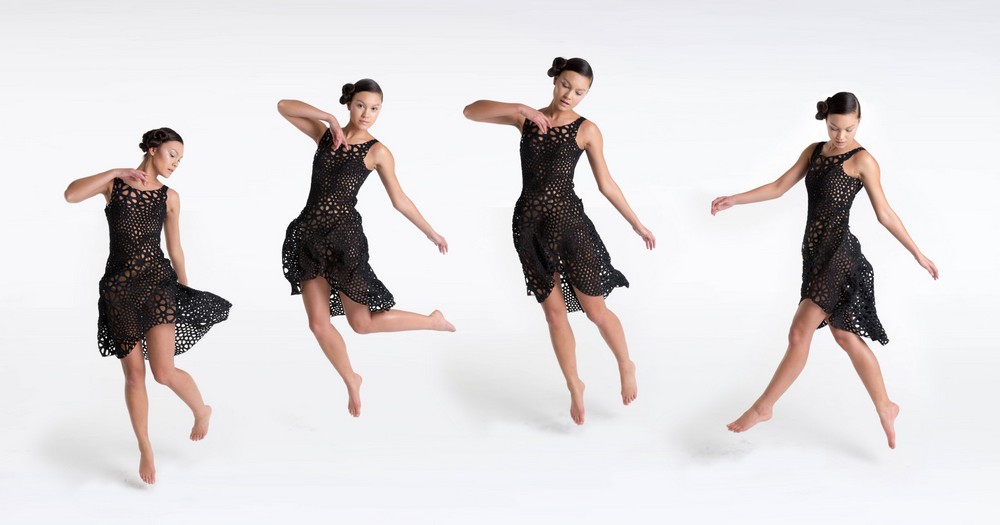 From The Designer: The Museum of Modern Art has acquired the kinematics dress along with the software that created it for their permanent collection. 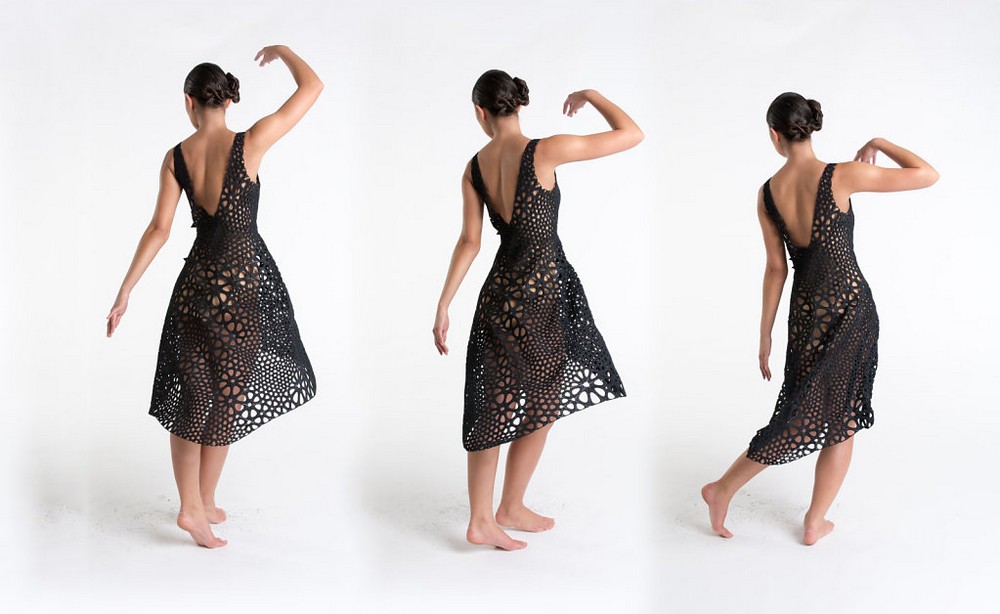 Composed of thousands of unique interlocking components, the kinematics dress was 3D printed as a single folded piece at the Shapeways factory in New York City and required no assembly. 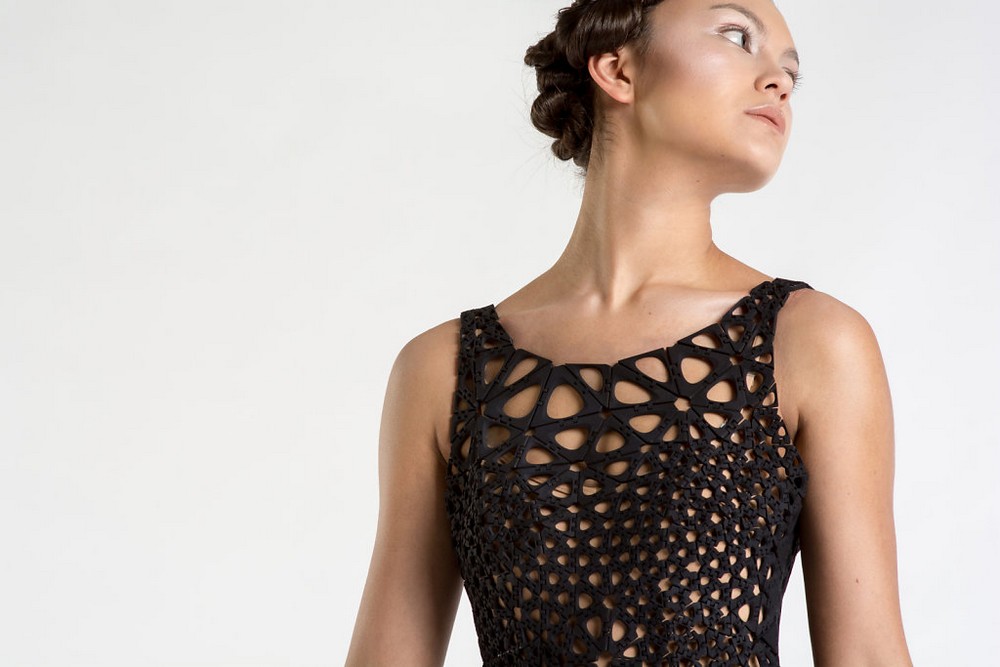 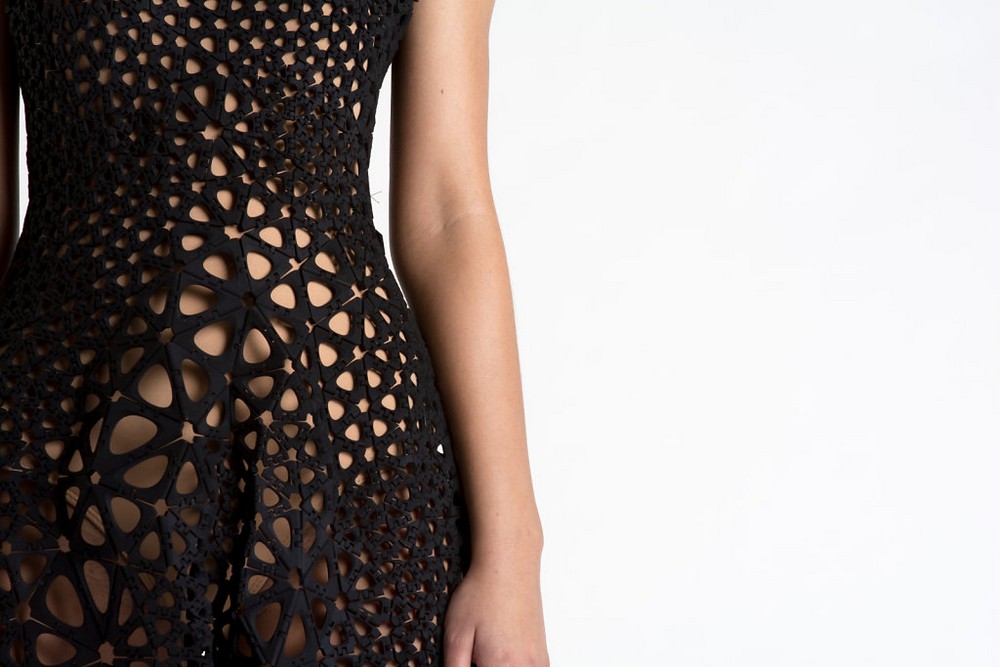 Bodies are 3-dimensional but clothing is traditionally made from flat material that is cut and painstakingly pieced together. In contrast, Kinematics garments are created in 3D, directly from body scans and require absolutely no assembly. 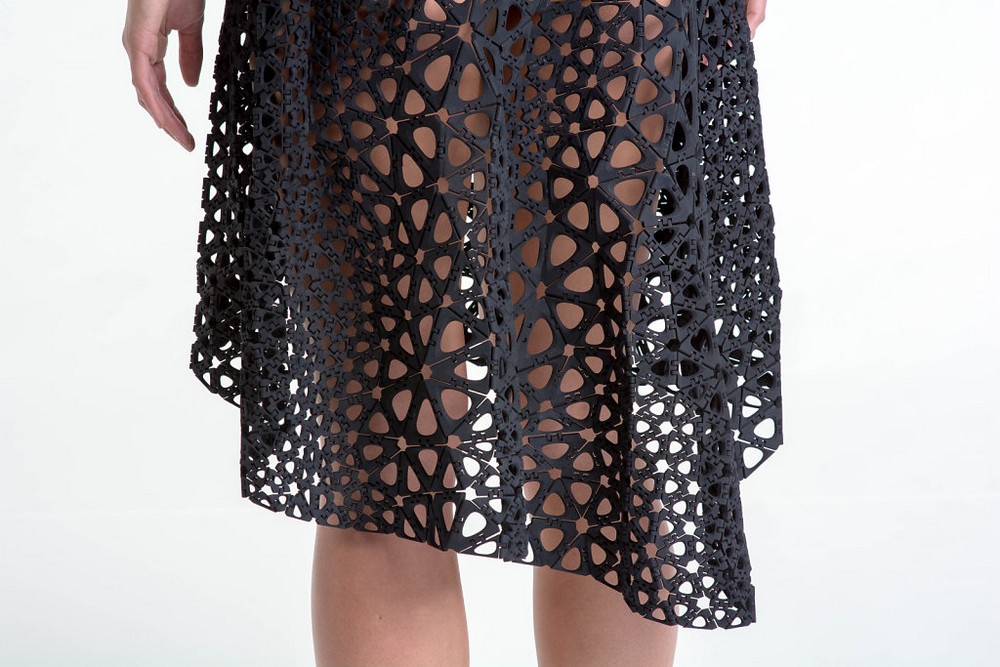 We employ a smart folding strategy to compress Kinematics garments into a smaller form for efficient fabrication. By folding the garments prior to printing them, we can make complex structures larger than a 3D printer that unfold into their intended shape. 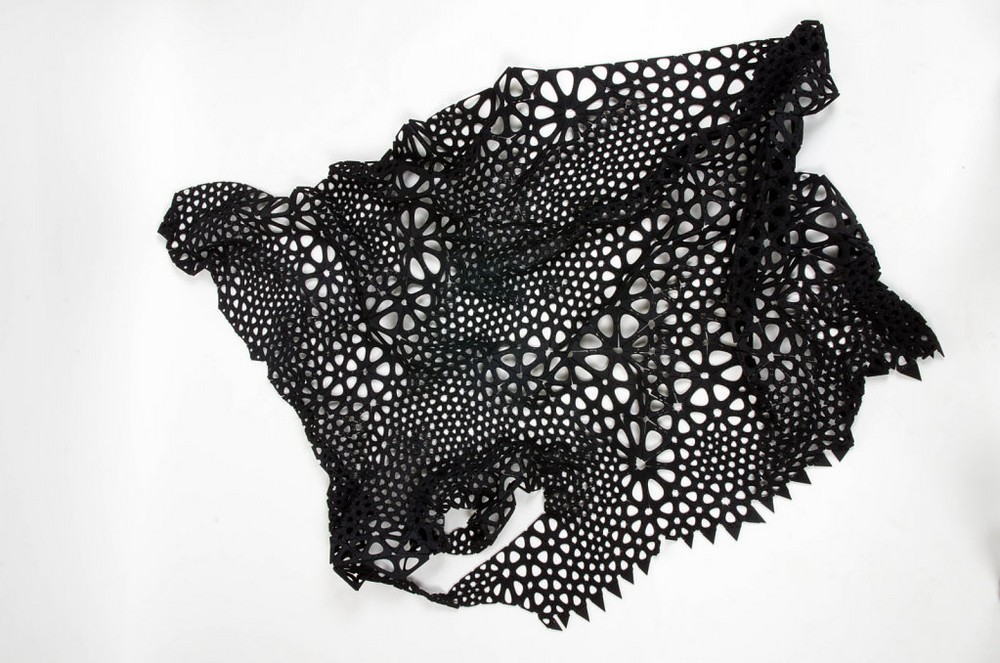 The custom-fit dress is an intricately patterned structure of 2,279 unique triangular panels interconnected by 3,316 hinges, all 3D printed as a single piece in nylon.

While each component is rigid, in aggregate, they behave as a continuous fabric allowing the dress to flexibly conform and fluidly flow in response to body movement.

Unlike traditional fabric, this textile is not uniform; it varies in rigidity, drape, flex, porosity and pattern through space. The entire piece is customizable, from fit and style to flexibility and pattern, with Kinematics Cloth Nervous first app for clothing.