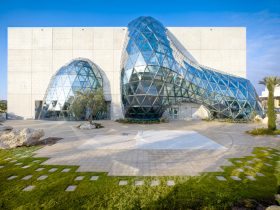 NEXT Architects presents the installation BREATHING HOME_START UP HOME at the 15th International Architecture Exhibition – La Biennale di Venezia. The presentation is part of the collateral event ACROSS CHINESE CITIES–CHINA HOUSE VISION,  curated by Beatrice Leanza (BJDW) and Michele Brunello (DONTSTOP Architettura), presented at Ca’ Tron, a 16th century Palazzo at the Canal Grande in Venice.

The presentation is part of the collateral event ACROSS CHINESE CITIES–CHINA HOUSE VISION,  curated by Beatrice Leanza (BJDW) and Michele Brunello (DONTSTOP Architettura), presented at Ca’ Tron, a 16th century Palazzo at the Canal Grande in Venice.

The show renders manifest the contextual phenomena – economic, urban, social – that inform the research trajectories, motives and conditions behind 12 architectural proposals by reflecting on the implications of rethinking ‘habitation’ beyond the strict confines of the ‘private’, featuring among others Atelier Deshaus, Beijing Centre for the Arts (with Kengo Kuma, Winy Maas and Au Yeung Ying Chai), MAD Architects, Trace Architecture Office, URBANUS, ZAO/standard architecture and NEXT architects.

The House Vision project is a Pan-Asian platform of multidisciplinary research and development started by designer Kenya Hara and Sadao Tsuchiya for Japan in 2013. House Vision is an exploration in ‘applied futurity’ in the realm of domestic habitation. The presentation Across Chinese Cities – House Vision features for the first time the body of research so far produced with a team of China-based architects and experts from various innovation-driven industries. It addresses the wider cultural and historic implications affecting the role and habitat of architecture practice in today China as increasingly impacted by environmental factors, shape-shifting demographics, and generational segmentation.

The installation BREATHING HOME_START UP HOME by NEXT architects starts by acknowledging the quality of the existing housing stock. NEXT aims to extend its lifespan by rethinking the elevation zone as a new area for the experiment,  a zone which is ‘loaded with content’. This new skin operates as a system to improve the environmental conditions and – at the same time – functions as a functional extension of the home. With this intervention simultaneously two more urban challenges are addressed: improving the urban environment and housing the ant-tribe, the new generation of Chinese youngsters.

The design intervention starts by carefully examining the existing housing stock, by defining its ‘permanent’ elements – like its structure – and its ‘temporary’ elements – like its facade and interior fixtures. NEXT refrains from touching the ‘permanent’ elements but any ‘temporary’ element may be subject to change. The second intervention is to ‘load’ the elevation zone with ‘content’. This buffer between inside- and outside, will consist of a system of prefabricated facade-elements. These elements integrate PV-cells, AC-units, smog-eating cement panels, rainwater collection and vertical gardens. This facade cleans out- and indoor air, generate electricity and store rainwater for grey use in the interior.

NEXT architects
NEXT Architects is a Dutch architecture practice, based in Amsterdam and Beijing covering a wide spectrum of projects. Since its earliest projects, NEXT explores the boundaries of its own discipline and searches for areas that overlap with other fields. This exploratory attitude has resulted in a highly diverse portfolio that ranges from design products to urban plans and includes many infrastructural designs. NEXT aims to consistently provide valuable designs within a specific context, requiring an integrated analytic design approach at all levels.
In its founding year 1999, NEXT was awarded the Archiprix and since then has received several award nominations and honorable mentions, including the Building of the Year Award 2012 and 2013 by the Royal Dutch Architecture Association (BNA), the Dutch Design Award, the ARC15 Detail award and winner of the LAI award 2008 and 2011. NEXT is involved in several international research and design projects and advisory committees.

NEXT architects are Bart Reuser, Marijn Schenk, Michel Schreinemachers, John van de Water and Chinese partner Jiang Xiaofei. NEXT is based in Amsterdam and Beijing. Projects include the Chaoyang urban Planning Museum in Beijing (CH), the Melkwegbrug in Purmerend (NL), The Citadel bridge in Nijmegen (NL ), Holland Boulevard (NL), Municipal House Bloemendaal (NL),  the Dragon River Bridge Changsha (China) and The Rose Museum Beijing (China). All partners trained at the Delft University of Technology and teach at a number of educational institutes. 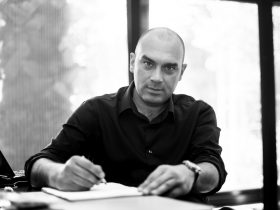 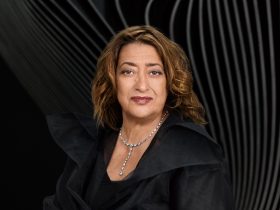 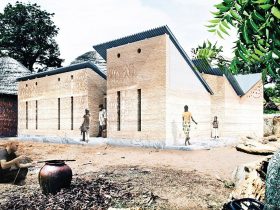 Call for Participation at The Earth Architecture Workshop 2016, Ghana

March 21, 2016
Load More
Join our Newsletter
Start receiving our content monthly in your email.
Give it a try, you can unsubscribe anytime.